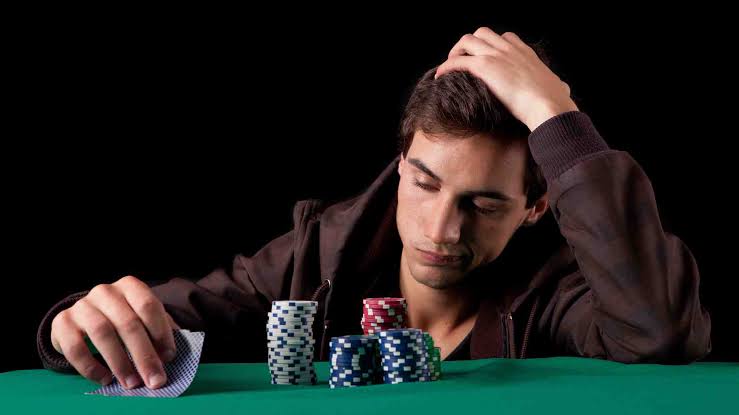 How to Avoid Tilting During a Poker Tournament


Poker tournaments are probably the most popular form there is. They attract hardened pros and complete newbies alike, often offering a chance at big money for the most skillful or the luckiest players. So, what not to like, right? It is a great way to experience real poker while limiting your financial exposure and giving yourself a shot at that coveted first place.

While MTTs are unique in so many ways, there is one aspect they share with all other forms of poker out there – and that’s tilt, your biggest enemy at the tables.

In fact, tilt can be even more dangerous in tournaments than it is in cash games, for example, as you can’t afford to get up for an hour to cool off. Every hand counts, and very often, you can’t just walk away. So, with that in mind, how to avoid tilting during a poker tournament?

Most tournaments start with relatively deep stacks, and this changes as levels progress. It’s not uncommon for the average stack to be 200 or 300 big blinds at the start of the tournament. So, losing a big pot early on isn’t the end of the world. You may make a bad decision or get coolered and lose half of your stack in the first 20 minutes of play. It happens to everyone. You need to realize that this is not important, and you still have plenty of big blinds to work with, and that’s all that counts.

“There were plenty of times when I was able to recover when having only a couple of big blinds left and then win the entire thing, so never give up!” There is nothing worse than going into tilt mode during the first couple of levels and just spewing off the rest of your stack for no good reason.

Understand that tournaments are a grind, and as long as you have some chips to work with, you’re still in. Don’t lose your head over a bad beat that doesn’t even matter.

People tend to underestimate the importance of your mental state when playing a tournament. If you’re going to play poker for the next eight or ten hours, you need to be well prepared for it. Get a good night’s sleep, make sure to get some food before you start, and do your best to stay hydrated.

You see, things happen during a tournament. I’m not talking just about bad beats or coolers. You may have to wait for the tables to get rebalanced, there could be a holdup due to many circumstances, or maybe someone will try angle shooting you. All of these things can be very annoying.

The difference is, if you feel good and aren’t irritable, these won’t get to you as much. On the other hand, if you’re already tired and annoyed, something like this can push you over the edge and put you on a massive tilt, which will cause you to make bad decisions later on. Therefore, always prepare for the tournaments and come ready for the battle!

Another thing that you get with tournaments is that you might be forced to sit at the same table for several hours. Unlike cash games where you can ask for a different table, you’re forced to deal with whatever players you get. Controlling emotions is a major lesson in poker coaching too.

Now, most players are generally cool, and they either keep to themselves or try to make light talk with their fellow players. But, sometimes, you will face a player who comments everyone’s play, they’re loud and don’t respect other players, simply put – annoying. This is where you have to expect the reality and don’t let it get to you. You’re stuck with them until the table breaks, or you get a new seat.

The best thing you can do is just ignore that person and don’t get into any arguments with them. More often than not, this will only put you on tilt. If you can’t do it naturally, always have your headphones on hand and use this situation to listen to your favorite music. While you might miss some information while doing it, it is way better than getting on tilt and busting the whole tournament whatsoever.

While every hand matters in a tournament, sometimes it is better to take a break for a few hands and calm down than continue to play when you are on tilt. Try to be honest with yourself, and if you feel your emotions are taking over, take a breather. You only get one shot with tournaments, especially if you’re already deep. One mistake may not be fatal, but if you compound it with a few more, it could be the end of your stack and your chance for the win.

This can be a bit tricky as it’s hard to be honest with yourself, and you’ll try to find some justification for a poor play. But when you notice yourself doing something, you clearly shouldn’t – take that break. Taking a couple of minutes to refresh your thoughts and calm down will not do huge damage to your stack because you are likely to miss only a couple of hands. However, if you continue to play in such an emotional state where you can’t concentrate and make good decisions, you are likely to spew even more.

You may be someone who constantly works on their game, taking poker courses, and learning new strategies. Naturally, you’ll want to try some of this new-found knowledge in real-time against real opponents. Sometimes, it will work like a charm. Sometimes – it just won’t. Realize that this is the nature of poker, and you will not be able to hide from the variance.

This is how you learn, and you’re not doing anything wrong. You can save the hand for later reference (whether mentally or by making a note in your phone) and check to see if you could have done something differently.

What you don’t want to do is start obsessing over that one play and have it ruin your entire tournament. You’ll have plenty of time for analysis once the tournament is over. Keep your eyes on the prize!

There is no poker player out there who is completely immune to tilt. Some handle it better than others, though, and having good tilt control in tournaments is very important. Since you have to play for many hours and can’t just quit, you have to take the tilt head-on and beat it. Some of the advice from this article should help you do exactly that. It won’t make tilt magically disappear, but it will help you control it, so you’ll make fewer mistakes. In the long run, it will have a significant positive impact on your results.