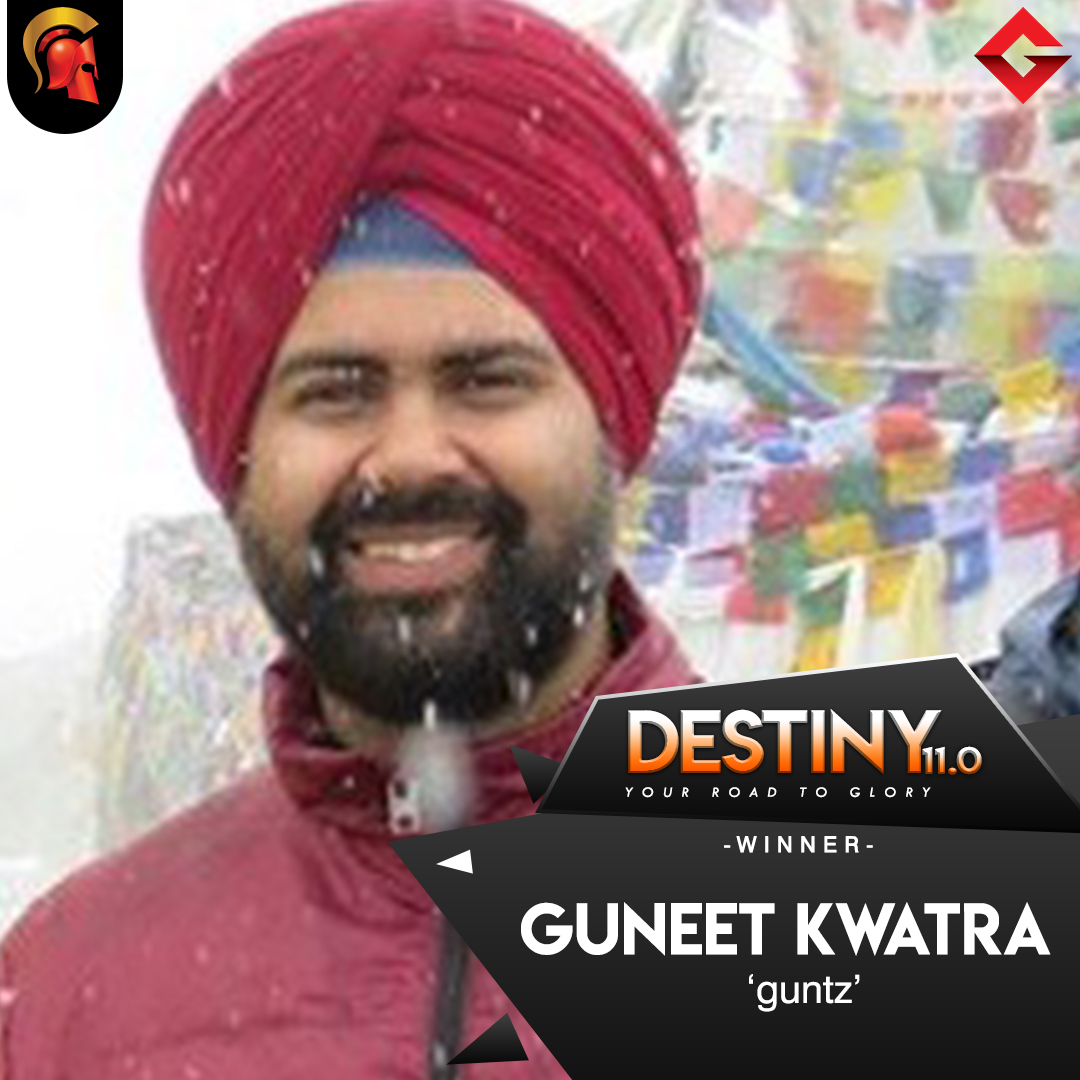 
If you talk about the most popular online poker tournament in Spartan Poker, Destiny has to pop up in your mind. Hosted every Wednesday night, the tournament attracts top poker players of the country with now running its 11th edition. The previous night saw another Destiny 11.0 INR 25 Lakhs GTD on Spartan that concluded with massive success.

Even with a high buy-in of INR 5,500, a total of 457 players registered in the tournament. As the event progressed, the top 40 players received a minimum paycheck of INR 15,000. After an 8-hour long haul, Guneet Kwatra emerged as the star of the night, walking away with a healthy sum of prize money.

After the last hand, both players decided to settle for a deal and Kwatra aka ‘guntz’ was ultimately crowned the Destiny 11.0 title adding another significance to his online poker career. Kwatra is among the well-known players in live as well as online felts. He finished 2nd in 2018 Baadash Gaming Live Tournament Main Event, while the WSOP bracelet winner Iyer sits at 5th place in India’s All-Time money list.

For latest updates on poker news around the world keep reading GutshotMagazine.com and stay tuned!