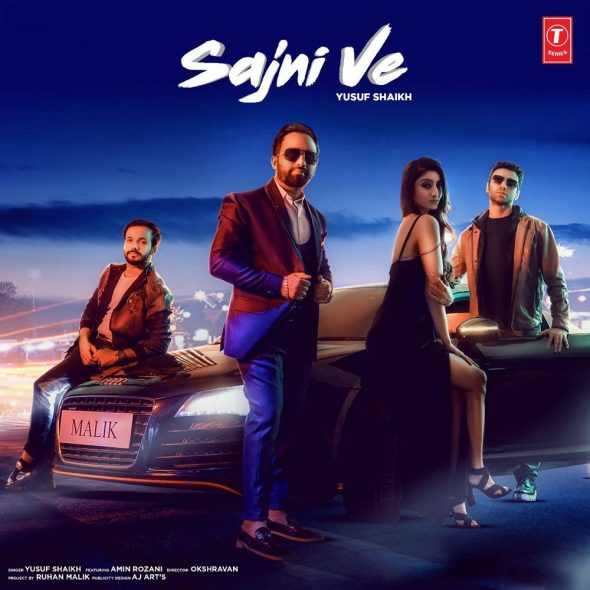 
Bollywood is undoubtedly the biggest entertainment industry in the country, while poker on the other hand, is a niche industry, which is slowly finding its wings in India. We’ve often heard of the two integrating, with quite a few Bollywood celebrities being associated with the game of poker, either as ambassadors or as players too.

Minissha Lamba, Arjun Rampal, Sunny Leone, Anita Hassanandani, Rannvijay Singh, and others are a few examples of Bollywood entities entering the poker industry as ambassadors, while many others have entered as players too, like Shravan Chhabria, Harman Baweja, Chandan Dilawar, Siddhanth Kapoor, etc.

Now however, we’re here to bring you news of poker getting into Bollywood, with Spartan Poker CEO Amin Rozani featuring in a latest T Series music video, launched on YouTube on 30th March 2019. Spartan happens to be one of India’s biggest poker websites and Rozani is at the helm of this company.

Written and composed by Yusuf Shaikh, the track titled ‘Sajni Ve’ was released on the T Series Apna Punjab YouTube channel and stars Rozani, Ruhan Malik and Sampada Garg. Talking about the newly released video, Rozani said, “This is the very first time that I’ve featured in a music video and it was an absolutely amazing experience. I thank Yusuf Shaikh and his extremely professional team who made me feel very comfortable right from the word go. They are the ones who ensured that the entire process went by so smoothly and I enjoyed working with him. It will sure be interesting to see what is in store for me ahead in this space. While my work in the video is important, as are the initiatives that Spartan Poker and I are constantly taking up”

Plot (Spoiler Alert): There is a plan in place for two highly dangerous gangsters to be trapped and arrested by an undercover cop. However, Rozani, known for his charming and charismatic personality, wins over and deceives the female cop, which leads to these ‘most wanted’ gangsters triumphin

Singer-composer Yusuf Shaikh also commented on the video, saying, “It was a lot of fun working with Amin. It was extremely considerate and generous of him to take time out from his busy schedule for the shoot and be also be involved in the editing of the track. What many people don’t know is that Amin is a natural performer, and that actually made the entire process quite easy for us. I Hope we can do more projects together in the future.”

Very recently, another music video was released by 9stacks, a leading poker company that partnered with Independent Artists to produce ‘Hustle Hai’. For similar updates on latest poker content from around the country, keep following GutshotMagazine.com.