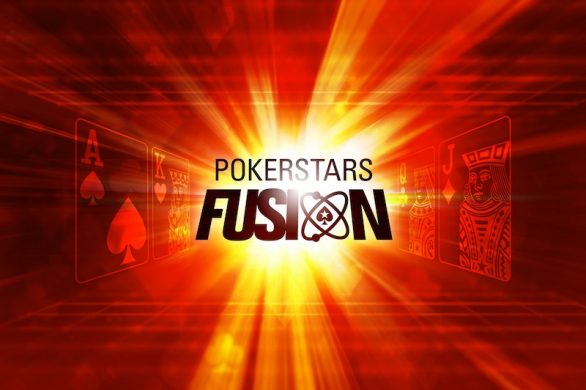 
Like you must be knowing, innovation is key to staying ahead of competition and that’s why PokerStars has been one of the biggest poker brands across the world since years now. They’re always trying and testing new formats, versions of the game and always introducing new tournaments, series, and other promotions.

Their more recent attempt at innovation was ‘Fusion’, which was spotted on their client and reported by Gutshot as early as May this year. It was a work-in-progress and was initially held back so that the other variation called ‘Unfold’ could take center stage. However, Fusion is finally set to make its PokerStars debut now.

What is PokerStars Fusion, you must be wondering? Well, the company knew that Texas Hold’em and Pot Limit Omaha are the two most popular variants of poker around the world, so they decided to go ahead and fuse the two into a game called Fusion, and we’ve to wait and see how popular this one can get.

How is it played?

From there on, it’s pretty much normal PLO, with players having to make the best 5-card hand using only two of their own. “Every street adds a layer of super-charged theory. Every new hole card multiplies the possibilities,” said Stephen Bartley on the PokerStars Blog.

For all the latest innovations and stories from the poker world, you can keep reading GutshotMagazine.com.