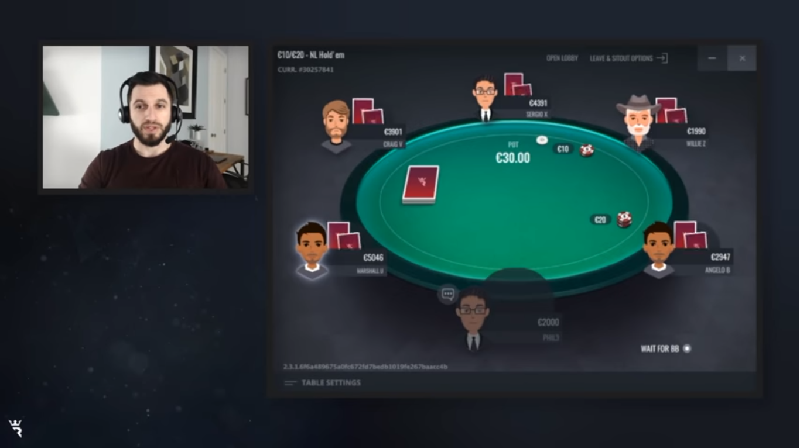 First look at Phil Galfond’s ‘Run It Once Poker’


As those who follow international poker updates may already know, Phil Galfond is an extremely influential name in the industry, a pro with three WSOP gold bracelets and around $3 million in live cashes to his name. However, he’s been away from the live tournament scene since a while now, focussing most of his time on a poker website of his own.

We’ve been posting regular updates about ‘Run It Once’, with an update coming in May of the prohibition of the heads-up display (HUD) on the software. The next update that came in later, with Autoseat and Fixed-buy-in features being added. Now, we’ve got more news.

The 33-year old has gone on to reveal the first look of his poker software, while also announcing plans of the site’s largest beta testing till date. Come 13th September 1000 users will be selected at random to join the beta test, with the site coming closer to its launch every day.

However, Galfond is being very realistic when it comes to the launch of the site, saying they “won’t reach perfection this year”, even though he has a team of 40 full-time members continuously searching for bugs. He also revealed plans of adding SNGs and MTTs, once that ‘perfection’ is reached.

The site has been in development for around 2 years now and Galfond took to YouTube to reveal its first look, while also talking about its features and interface improvements, and also mentioning what the site’s road map for the future will look like. The video also shows that a chat box where a limited set of emojis will be available, with players able to use acronyms like ‘GL’ and ‘YOLO’ to communicate with their opponents on the tables.

Take a look at the video here:

Keep reading GutshotMagazine.com for all updates on this upcoming poker software, Run It Once.

Tagged : Phil Galfond, Run It Once