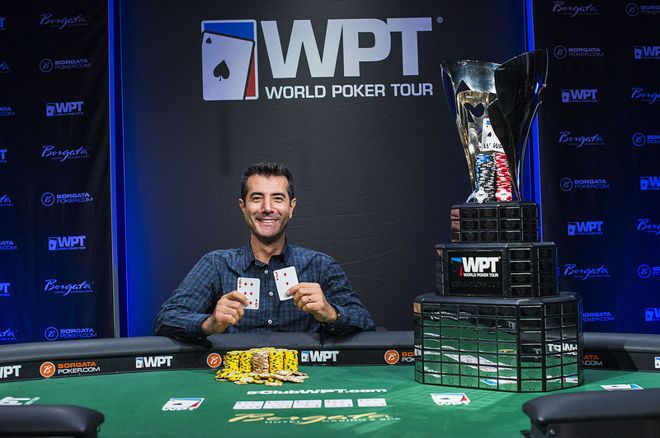 
The World Poker Tour (WPT) is one of the biggest poker brands in the world and it’s every poker player’s dream to win a WPT title at least once in his/her career. These tournaments see huge fields and the winners are handsomely rewarded with prize for their wins, to go with the beautiful WPT Champion’s Trophy.

Their latest stop was the WPT Borgata Poker Open where days of grinding and a long heads-up battle ended in Erkut Yilmaz winning a massive prize of $575,112, which includes a $15,000 seat into the season-ending WPT Tournament of Champions. This win took his career tally past $1 million, also becoming his biggest cash by a long way.

He beat a massive field of 1,075 entries to reach this victory, finally getting past TK Miles in heads-up, who also had the lead in heads-up as they battled it out for a few hours before a winner was declared. The rising star Ali Imsirovic was one of the highlights of the tournament, finishing 9th for $57,510 after his recent success, winning the 2018 Poker Masters Purple Jacket.

136 players from this field were eventually paid out a minimum cash prize of $3,049 and among the finishes in the money were Darren Elias, Anthony Zinno, Jared Jaffee, Daniel Weinman, Michael Gagliano and PokerStars Team Pro Maria Konnikova, thus making it a brilliant victory for Yilmaz, beating such top poker names.

In the final hand, both players saw the flop and went all-in. Yilmaz had a pair of threes and Miles was slightly ahead with a pair of fives. However, the turn saw Yilmaz improve to Sixes and Threes and the river card didn’t help Miles improve. However, Miles also took away a career-best live cash.

Keep reading GutshotMagazine.com for the latest from the global poker industry.