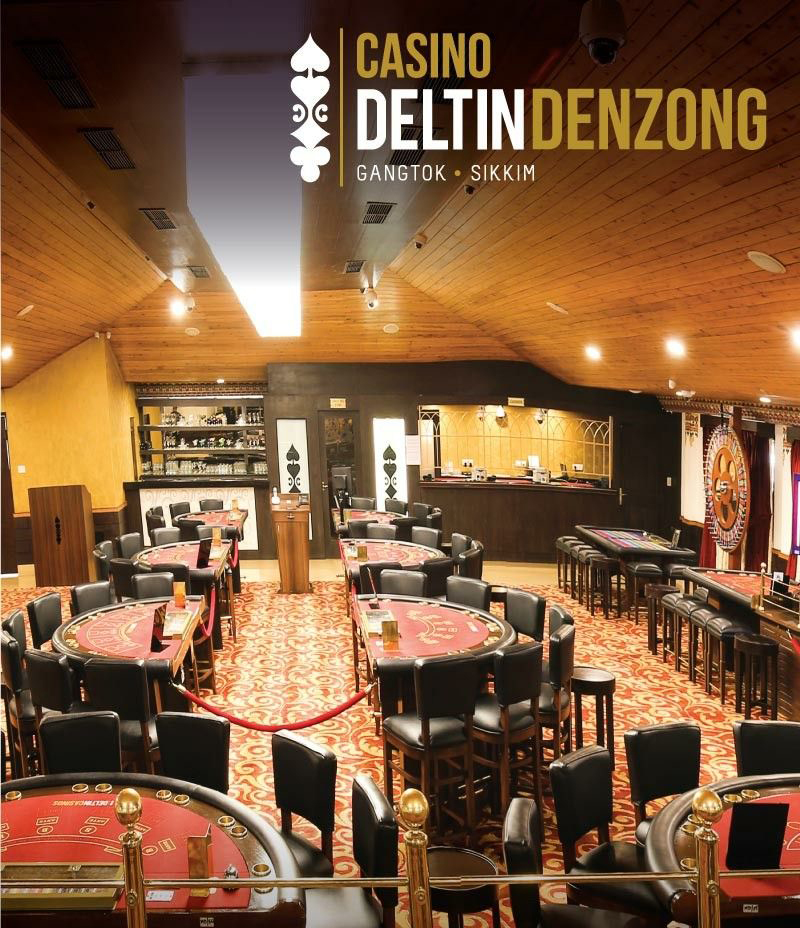 
Delta Corporation’s latest land casino Deltin Denzong which opened up in the state of Sikkim early last year has just announced its inaugural poker tournament. Branded as the ‘Deltin Poker Tournament Xpress’ (DPTX), the series will take place from 27-30 September in the casino which is located within the confines of the Hotel Denzong Residency in the state capital of Gangtok.

It was back in January 2017 that the Deltin Denzong opened up for business making it the third casino (after Casino Mahjong, Mayfair Resort and Casino Sikkim, Hotel Royal Plaza) to operate in the beautiful North Eastern state. The Deltin Denzong is approximately a 4.5 hours drive away from Siliguri and for a much shorter travel time, one can also fly by chopper from Bagdogra airport weather permitting. Set at 6000 feet high, Casino Deltin Denzong offers 169 gaming positions and its location in front of Mt. Kanchenjunga, the third highest peak in the world, makes this venue have one heck of a view. Delta Corp has taken up a lease and license agreement with the Denzong Residency hotel within which it has set up and manages the Deltin Denzong casino.

Their flagship tournament brand, the Deltin Poker Tournament series in Goa came to an end for this season with their final event of 2018 taking place in July which saw Awnish Singh take down the DPT Main Event for just over INR 35 Lakhs. This DPTX series though is looking to cater primarily to casual players who are located within the surrounding regions. So there is an expectation that aside from the North Eastern states, many players from Delhi and Kolkata will be making their way to this inaugural edition. There are a total of 4 tournaments on schedule for this Express edition of the DPT with buy-ins starting from INR 5,000.

That buy-in is for the first event called Burn n Turn on Thursday night followed by a 10k Bounty Nuggets event on Friday evening. The feature tournament is, of course, the DPTX Main Event which has a buy-in of INR 15,000 and will take place on Saturday night. Sunday has been kept open for the players to decide what to play from options like a Teams event, Heads-up Event or a Satellite event for the upcoming World Poker Tour India edition set to take place in November later this year. There is cash game action also expected to take place around the tournaments in this venue which has 7-8 tables available for poker. According to sources, 60-70 players are expected to participate in the DPTX Main Event.

One of the biggest players in the Indian gaming and hospitality space, the Delta Group’s gaming interests are primarily centred in India’s favourite holiday destination, Goa. They operate three off-shore and one on-shore casino as part of their hotel properties and other real estate interests. Their biggest casino is also the largest on the waters of the River Mandovi in Panjim, Goa which has hosted many DPT editions and the WPT India edition too. Delta also owns Adda52.com, the country’s top poker site and it is expected that satellites and qualifiers will be held on the site in the run-up to this event.

It should be a fun tournament series which is set in a beautiful locale which means players can enjoy their time in Gangtok at and away from the gaming tables. The full schedule of the event can be seen below: 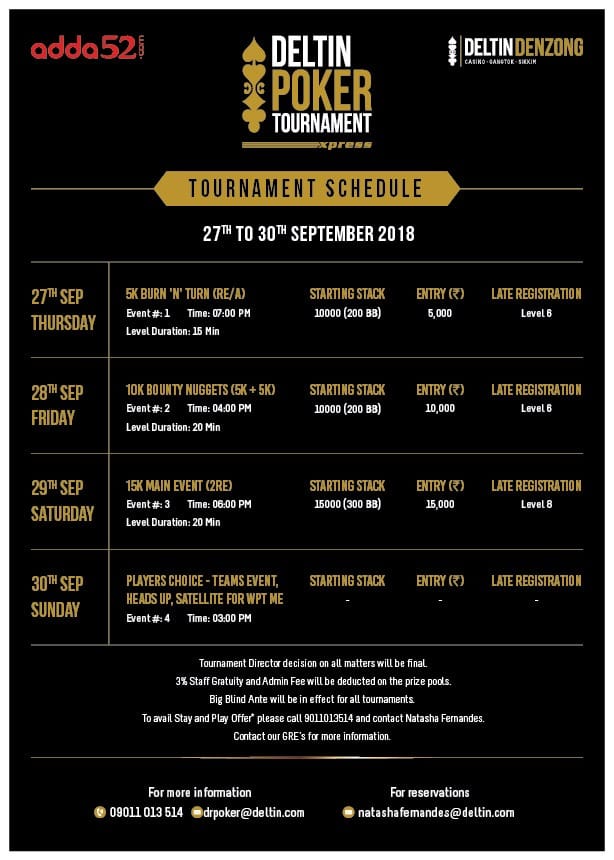