The Spartan Poker is always dedicated to providing its users the best experiences and best opportunities to win while playing online poker. Apart from having some of the biggest tournaments in the country, they also have a special series called the Little Big Series (LBS), for those who can’t afford the hefty buy-ins of the big tournaments. The latest LBS series kicked off yesterday.

Along with tournament winnings, a total of INR 1 lakh will be given away on the LBS leaderboard, to go with tournament tickets being given away to the top 5 finishers in the series. A total of four LBS tournaments took place yesterday, with varying low-stakes buy-ins and varying guarantees. ‘debumathur’ was the biggest winner of the day.

Take a look at all those tournaments:

The tournament had a buy-in of INR 110 and a prize pool of INR 50,000, with the top 30 players being paid out a minimum of INR 375. Topping the competitive field of 486 entries was ‘pokeranand’, who walked away with the biggest prize of INR 10,500, after beating ‘pokers111’ in heads-up, who won INR 7,350 for finishing second. In what became the final hand, pokeranand flopped two pairs, Eights and Fours, to take down the pot and the LBS #1 title.

This re-entry tournament had a slightly bigger buy-in of INR 220 and a slightly higher guaranteed prize pool of INR 80,000. It kicked off at 4pm IST and a total field of 378 entries registered to the tournament, with the prize pool eventually being shared among the top 30 players with a minimum cash prize of INR 600. ‘vngnc.d2’ eventually shipped the event, receiving a pay-check of INR 16,800, while ‘mdtanvir1591’ grabbed the runners-up prize of INR 11,760. The final hand saw vngnc.d2 shoving all-in pre-flop and after the call was made, the player went on to hit a Full House and take down the title.

This Knockout, Freezeout tournament had a buy-in of INR 440 and after beginning at 8pm, it saw a field of 195 entries taking part. Eventually, the top 27 places were paid out a minimum cash prize of INR 750 and the person who outlasted the field and won the biggest prize of all was Mayank Shekhar aka ‘jmdms’, who won INR 16,612. In the final hand, jmdms went all-in pre-flop and beat his opponent ‘petbot’ with a pair of Eights, who walked away with the runners-up prize of INR 11,213. 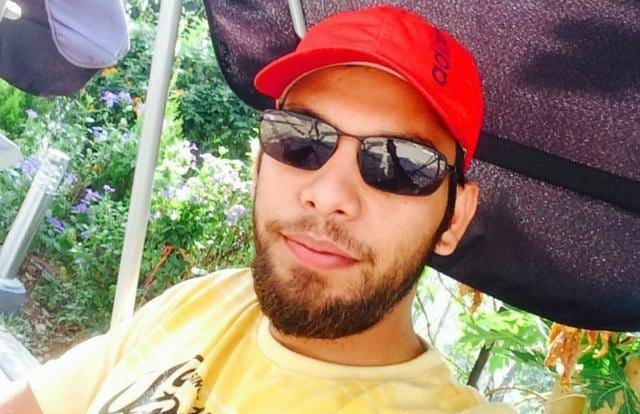 Gutshot caught up with the winner, a 23-year old Software Engineee from Bangalore, to ask him about the experience. He said, “I started playing poker in my engineering college days. After completing my engineering, I started playing real money tournaments on different Indian sites. I will specially say thanks to The Spartan Poker for organising this kind of a series.”

The last tournament of LBS Day 1 kicked off at 10pm last night, with a buy-in of INR 220 and an INR 1 lakh GTD prize pool. 489 entries participated and a total of 24 were paid out at the end of the tournament, with a min-cash of INR 1,000. The winner was ‘debumathur’ who walked away with the biggest prize of the day, INR 23,000, having beaten Bhanu Prakash aka ‘spectre’ in heads-up, who won INR 15,450 for second place.

GutshotMagazine.com will be doing a daily roundup of the Little Big Series on Spartan, so stay tuned for all updates.