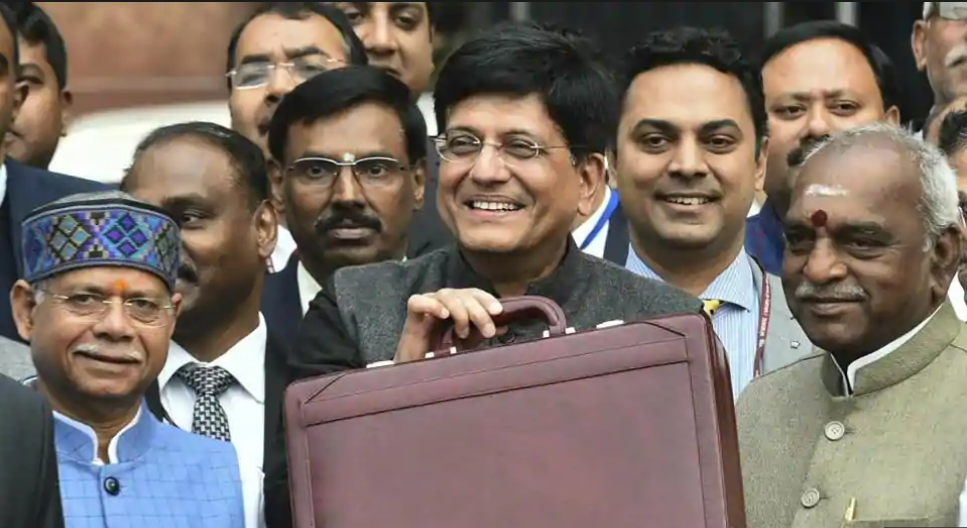 
The BJP Central Government’s last Union budget of their 4-year term was presented in the Parliament today. The 2019 interim Union Budget was presented by Finance Minister Piyush Goyal early in the day in the lower legislative house, the Lok Sabha.

This time’s budget is targeted at the Indian middle-class, farmers and millions of employees in the unorganised sector in the country. Goyal announced that people with up to INR 5 Lakhs in annual income will be exempted from paying income tax to the government.

Some investment exemptions in the budget include that individuals with gross income up-to INR 6.5 Lakhs need not pay any tax if they show investments in provident funds and equities prescribed by the government. Home rent previously had TDS applicable for over INR 1.8 Lakhs, which has now been increased to INR 2.4 Lakhs.

For employees working in unorganized sectors like housemaids, etc, the budget has allocated INR 500 Crores under the Pradhan Mantri Shram Yogi Maandhan Yojana where individuals who earn up-to INR 15k per month will get INR 3k as pension and a contribution of INR 100 per month after retirement.

The budget has allocated a single window clearance for filmmakers, which was only open to foreign filmmakers till now. This decision means that now Indian filmmakers need not ask for multiple permissions for shooting at any location within India. The entertainment industry employs a huge chunk of the population and this move was long overdue.

Talking about the security of India, the Defence Ministry will see the biggest budget allocated to it till date, where over INR 3 Lakh Crores is kept aside for the ministry and the government has promised more if needed.

Reactions to the budget, coming from various mouthpieces and leaders, are all over the place, but one common and obvious critique is that the budget is aimed to please middle-income population and gather votes for the upcoming 2019 General Election. P Chidambaram, former Union Finance Minister from Congress said, “My one line comment on the budget is that it was not a Vote on Account but an Account for Votes.”

The Modi Government term will end in about 3 months, and it remains to be seen whether the budget will make any difference in the voter’s mind. Keep reading GutshotMagazine.com for more similar industry news and for general gaming/gambling news from around the world.