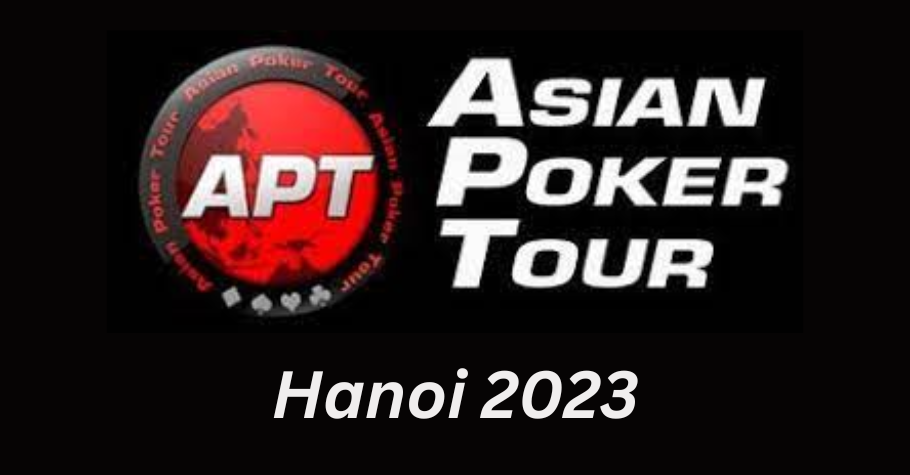 
The Asian Poker Tour (APT) seems to be looking forward to a dazzling year ahead with almost four live poker series lined-up in just five months. Recently the series announced the schedule for APT Hanoi 2023, which is scheduled to be held in February 2023.

After APT Hanoi 2023, the series will also make stops in Phu Quoc, Taipei and Ho Chi Minh in March, April and June 2023 respectively. APT announced the schedule of APT Hanoi 2023 on their official Twitter handle. The post also gave a subtle hint that the edition to be held in Taipei will have something big. Although they did not share more details about it, we can expect the guarantees to be bigger than ever before at the Taipei edition.

#APTHanoi2023 schedule is here https://t.co/0tH78L6Rau ! Something big is brewing for Taipei! Save the dates! pic.twitter.com/FzaBrrifJB

To check out the full schedule of the upcoming APT Hanoi 2023 season this February click here.

Interestingly, the India Poker Championship (IPC) is also returning to The Big Daddy Casino in Goa from 14th to 20th February 2023, while the India Online Poker Championship (IOPC) runs between 19th January to 5th February 2023 on the virtual felts of Spartan Poker. Seems like players who would be traveling for APT and later for IPC, are going to have a good one month packed with poker action awaiting them.