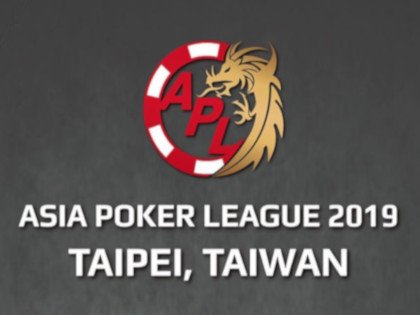 
Asia has been a significant market for live poker tours and many such tours are in existence. They have become gained wide audience in recent years, and one of them is Asia Poker League (APL) Road Series. The series has been a popular event since its inception. They recently hosted one in China, where the ME saw a record attendance.

The 2019 APT Road Series Taiwan is also one of the events scheduled in this year, beginning today itself. The series will kick off in Taipei, Taiwan at the Chinese Texas Hold’em Poker (CTP) Club between 20-28 April 2019. The series has a total of 16 events lined-up to suit all kinds of players.

The gem of the series will be the NTD 22,000 Main Event with 3 starting flights, the first one to be hosted on 22nd April. Day 2, 3 and the Final Day of the Main Event will be played out on successive days, ending on 27th.

Main Event aside, the series will kick off with the NTD 10,500 DSO Main Event, having two flights on the inaugural day. The champion of this will be declared on the following day. Another fun event called NTD 6,600 APL Top Gun will see the winner take every cent of the prize pool.

Other marquee event in the series is the NTD 55,000 High Roller. The tournament has two starting flights on 25th and 26th April. The champion of the series will be declared on the same day as the Main Event.

For the complete schedule of the series visit the APL website. Keep reading GutshotMagazine.com for more such news and updates from around the world.