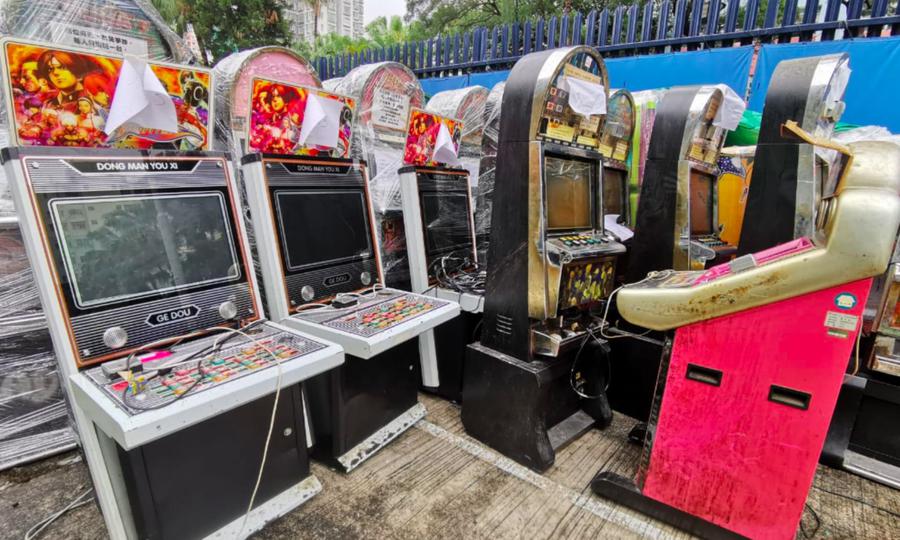 
In a series of illegal gambling raids across Hong Kong over the weekend, the police arrested a total of 267 persons. Over 700 personnel from Hong Kong Police Force’s Organized Crime & Triad Bureau and Immigration Department were involved in executing these raids.

The raids happened in the territories of Yuen Long, the New Territories and Kowloon’s Yau Ma Tei and Sham Shui Po. A total of 40 illegal gaming dens were busted and of the 267 arrested persons, 221 were men and 46 women, while 80 of the total arrested weren’t of Chinese descent.

According to the Hong Kong police, the confiscated gaming machines could’ve generated an estimated revenue of up to HKD 10 million (~$1.27 million) in the span of a month. The plan for such an enormous crackdown was cooking since the last 6 months and officers had already identified spots to raid over the weekend.

The bureau had sent undercover officers posing as gamblers to these gaming centres to collect intelligence 6 months ago and that information helped the police size down on the illegal operations effectively over the weekend.

These operations involved gamblers buying cards which recorded their scores before playing the machines. Various middlemen lured potential customers to the game centre and persuaded them to buy these cards and assisted them to exchange game points for cash, which is illegal in Hong Kong. The syndicate that ran these operations would take 10 to 20 percent commission from the exchanged amount while the middlemen would earn HKD 4,000 to HKD 5,000 a month plus commission.

Of the arrested men and women, they were aged between 16 and 76. Some 72 persons in these came from various countries such as Nepal, India, Pakistan, Bangladesh, Philippines, Indonesia and Egypt. Among the arrested, 18 were asylum seekers with no definite country to go back to.

In similar news, India also saw some raids taking place in an effort to crack down on problem gamblers and illegal gambling. Keep reading GutshotMagazine.com for more news like this and other gambling/gaming news from around the world.