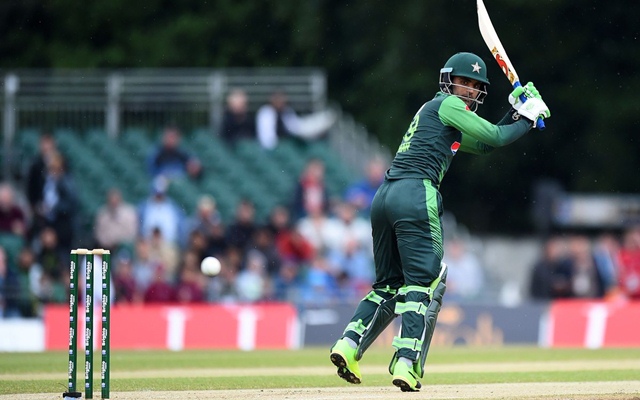 Australia and Pakistan agreed to set out on a tour of Zimbabwe, where the three countries would play a T20 tri-series between 1-8 July 2018. The Australians have been having a bad time in international cricket of late, the Zimbabweans currently have a player boycott on, while Pakistan is the #1 team on the ICC T20 Rankings.

The first game of the series was played yesterday, with a second-string Zimbabwe led by Hamilton Masakadza taking on Pakistan at the Harare Sports Club. Two players were handed their T20I caps and the regular match-winning players like Sikandar Raza, Brendan Taylor, Craig Ervine, Graeme Cremer and others were not a part of the Zimbabwe squad.

Pakistan were put in to bat first and a good start provided by Fakhar Zaman set the foundation for a high total. Zaman scored 61(40) while the likes of Shoaib Malik and Asif Ali played good cameos at the end, taking Pakistan to 182/4, higher than the par of around 160 at this ground.

What followed was a pathetic display of batting from the hosts, except for debutant Tarisai Musakanda, who scored 43(35) and recorded the highest T20I for a Zimbabwe player on debut. The team was bundled out for just 108, with bowler Kyle Jarvis unable to come out to bat due to an injury he obtained while fielding earlier in the day. Man of the Match: Asif Ali.

Pakistan registered a massive 74-run victory and will be in action again today, as they play Australia in the second game. Australia, led by Aaron Finch, have won the toss and elected to field first. Shoaib Malik became the most capped player in T20Is in this game, becoming the first male cricketer to play 100 T20Is.

Keep reading GutshotMagazine.com for all major updates from this T20 tri-series.