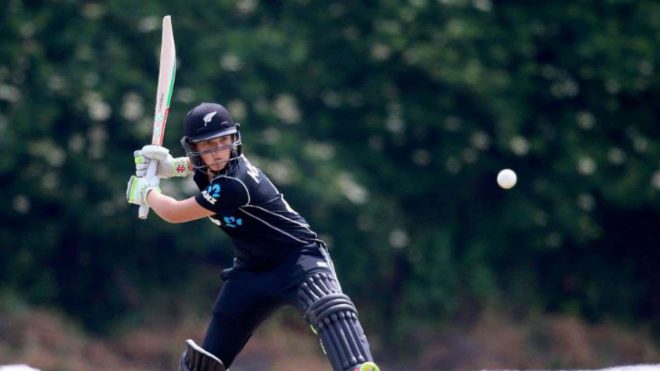 We all love to watch those cricket games that set new records like highest individual score, highest team score, most sixes, best bowling figures, most catches, most stumpings and so on. However, the New Zealand women’s team went one step further and broke records not just in one game but through a full bilateral series that recently concluded against the Ireland women in Ireland.

Around 10 days ago, the New Zealand women’s cricket team, also known as the White Ferns, began their tour with the T20I and they won that emphatically by 10 wickets. However, this was just the start of their dominance. In the ODI series that followed, they went on to become the first ever team in ODI cricket (both men and women) to score three consecutive scores of 400+:

Very rarely do you get to see scores of 400+ in ODI cricket. To be precise, it has been achieved only 17 times in the history of men’s cricket, and New Zealand women did it not once, not twice, but thrice. And thrice in three games, that too. They had five centurions in those games as well, breaking individual records.

In the first game, New Zealand scored a record total of 490, going past the previous best ODI total which was set in women’s cricket too. In the men’s game, the highest ODI total is still 444/3, scored by England in 2016. Not just that. Amelia Kerr went on the score the highest ever individual ODI score in women’s cricket, scoring 232* in the 3rd ODI. Mind you, she is just 17 years of age! Sophie Devine also created a new record, scoring the fastest ODI century by a New Zealand woman.

This kind of annihilation and carnage would’ve certainly caused real damage to the Ireland women’s cricket team. Their bowling attack was not destroyed in one game, but in all games on this tour. What’s worse is that the visitors won all three ODIs by margins greater than 300 runs. Another record that has been set by these women. Great stuff!