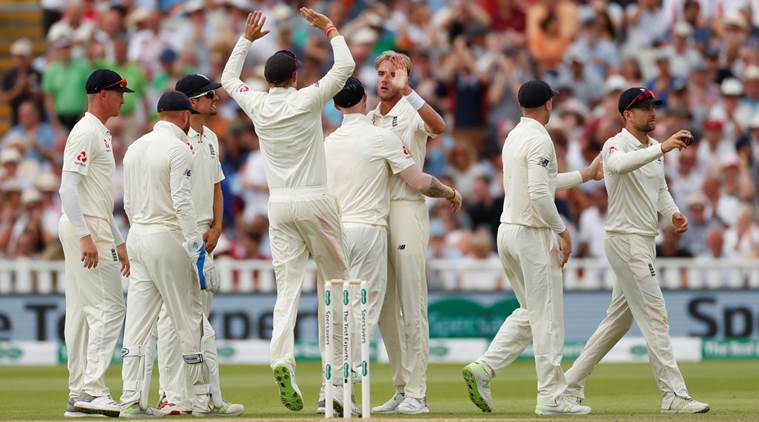 India slump to loss in 1st Test against England

The 1st Test between India and England was very much in the balance as India needed 84 runs to win and England needed 5 wickets to win, as we reported yesterday. However, it was a very bad start to Day 4 of the match, as James Anderson sent Dinesh Karthik packing in the first over itself.

Hardik Pandya joined the Indian captain Virat Kohli and everyone knew that it had to be Kohli who would guide India to a victory, but it was not to be. Just as India were looking good again, Stokes dismissed Kohli and then took Mohammad Shami in the same over, bowling a match-changing spell.

Pandya tried to keep the match alive from one end, but Stoked weaved his magic over Pandya as well, finishing with figures of 4/40 and giving England a 31-run win. He proved why he is one of the best all-rounders in the game, stepping up when needed the most.

Those who watched the game will now how much of a pendulum it was, with momentum swinging in every session. At the end, the crowd was getting behind their bowlers, and now, it’s been 17 consecutive games since an Asian team has won at Edgbaston, in a streak that has been going since 1962.

It was outstanding to watch Kohli stand up in this game, scoring 200 runs in the test – the second highest by an Indian captain in England. He scored 200 out of India’s 436, which was the highest contribution by an Indian batsman in a match where all 20 wickets have fallen – 45.87%. This was also the 6th time he top-scored for India in both innings of a test match. However, he had to drop his head and walk when India lost. Man of the Match: Sam Curran.