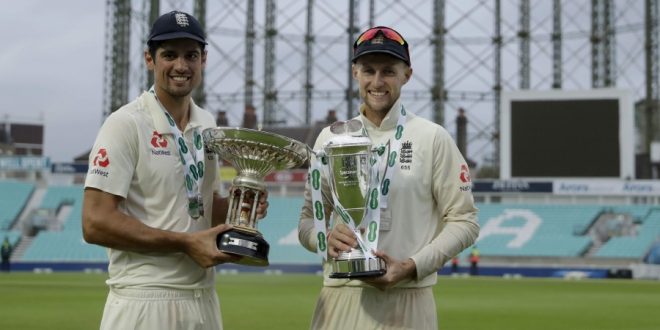 After a gruesome Day 4, India came out to bat with a head strong attitude with both batsmen KL Rahul and Ajinkya Rahane looking really focused. They put some runs on the board together before Rahane lost his wicket to a terrible shot, after looking in fine touch. Next to come out was Hanuma Vihari, having scored his maiden fifty in the first innings of the match(debut). He went straight back to pavilion for a duck. He was the third for India to get out for a duck in this 4th innings, following the dismissal of Cheteshwar Pujara and the skipper Kohli.

With Rahul still going strong on the other end, Rishabh Pant came out to bat alongside him. He quickly began to settle on the crease, just what was needed by Rahul and India. Pant seemed like he was out to just break records, making his maiden fifty and passing M.S. Dhoni’s record of highest runs by an Indian wicket keeper in the 4th innings. Pant went on to score his maiden century too which he marked with a big one, a slog sweep for a six over mid-wicket. With this he become the second youngest Indian wicket keeper to score a century in test matches after Ajay Ratra in 2002.

With this deadly partnership, India looked in a good spot for the first time in two days. But it seems like the cricket gods were with Cook and the English side as a ridiculous decision of not getting a new ball turned out to be hailed as a masterstroke. On the first delivery of the 81st over, Adil Rashid got the crucial breakthrough when he got the wicket of Rahul. The duo made a convincing partnership of 204 runs before Rahul got out. Pant too departed soon after that by another beautiful delivery by Rashid. The partnership by Pant and Rahul was a record-breaking partnership for 4th innings stands for India (all wickets).

Indian scoreboard read 328/7 with 136 runs still to chase. After losing two successful wickets of the well settled batsmen, India could not recover from those blows as England wrapped up the match quickly with India managing to make only 345 runs. England won the match by 118 runs. This marks the end of this India tour of England, 2018 and the illustrious career of one of the finest batsmen in the history of English cricket, Alastair Cook. He bid farewell in style by getting a combined total of 218 runs from both innings in the match. He also won the Man of the Match award.