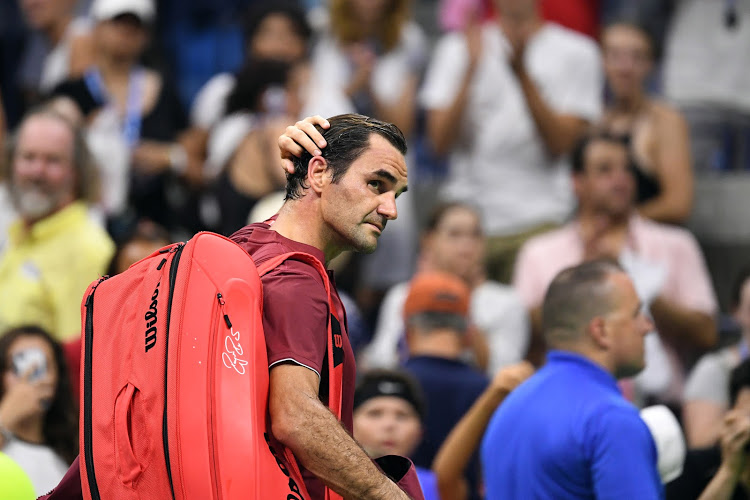 Rodger Federer knocked out of 2018 US Open


Yesterday was Day 8 of the 2018 US Open which saw Round 4 of Men’s Singles being played. Roger Federer faced off against the Aussie, John Millman, in a bout to reach the quarter finals of this glorious tournament. Every tennis fan thought it would be an easy walk in the park for 2nd seed Federer facing a player ranked 55 in the world. Little did people know that Millman was all set to upset every Federer fan out there and knock him out of the tournament.

Millman said he understood Federer had an off day in Arthur Ashe Stadium. Federer had a match results of 40-0 against players ranked outside the Top 50 at the US Open, and Millman, ranked No. 55, had been 0-10 against the top 10 players. Post-match Millman said, “I felt a little bit guilty today because he didn’t have his best day, and that’s for sure… Probably to beat him I needed him to have an off day and I needed to have a decent, good day.”

Federer hit 76 unforced errors, including 10 double faults. The 37-year-old Swiss also tossed in two double faults in the fourth-set tiebreaker. But Federer didn’t search for excuses while he reflected on the loss, his earliest at the US Open since 2013, when he fell to Spain’s Tommy Robredo in the fourth round. After the match Federer said, “I just thought it was very hot tonight. Was just one of those nights where I guess I felt I couldn’t get air. There was no circulation at all. I don’t know, for some reason I just struggled in the conditions tonight. It’s one of the first times it’s happened to me.”

Other highlight matches on Day 8 saw Novak Djokovic defeat Joao Sousa straight 6-3, 6-4 and 6-3, Marin Cilic defeated David Goffin 7-6(6), 6-2 and 6-4 to advance to the quarter finals, and Carla Suárez Navarro defeated Maria Sharapova 6-4, 6-3 in the Round 4 of the Women’s Singles. The Men’s Doubles saw our very own Rohan Bopanna along with Edouard Roger-Vasselin defeat J. Chardy & F. Martin 7-6(6), 4-6, 6-3 in the Round 3 to advance to the Quarter Finals to be played today. Keep reading GutshotMagazine.com for daily US Open updates.