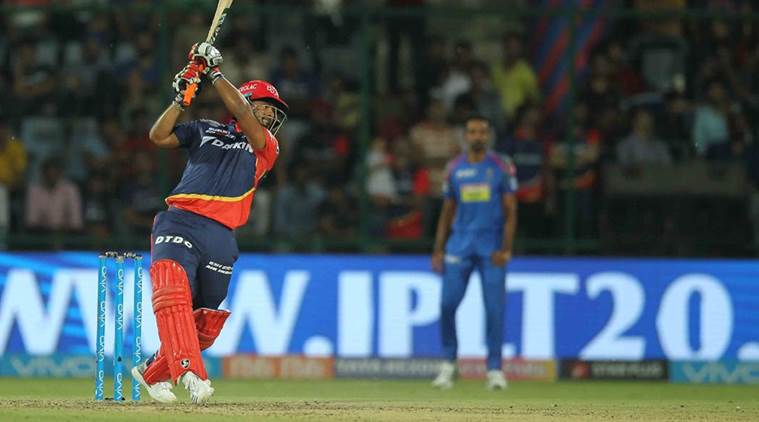 
Both IPL 2018 games between Delhi Daredevils and Rajasthan Royals were shortened due to rain interruptions. On 11th April, they played in Jaipur and Delhi were set 70 to chase down in 6 overs which they fell short of by 10 runs. Yesterday, rain arrived before the game and at the end of the 1st innings as well.

The initial interruption meant that the game would be an 18-overs a side contest, after Rajasthan won a vital toss and elected to field first. Cameos from Prithvi Shaw (47) and Shreyas Iyer (50) and a whirlwind innings of 69(29) took Delhi to 196/6 in 17.1 overs, only for rain to hit the game again.

That innings from Pant once again proved how dangerous he can be. He was also awarded the Orange Cap (375 runs in 9 matches) during the innings break. The interruption meant a further cut in overs and when players were ready to get on the field again, Rajasthan were set a target of 151 that they had to chase down in just 12 overs.

151 is a score that some teams achieve in 20 overs, so you can imagine how tough it would be when you have to chase that score in 12 overs. An attacking mindset is what’s important in such chases and that’s exactly what the Rajasthan batsmen had. Jos Buttler and D’Arcy Short were sent out to open the innings and after 7 failed outings, Buttler finally came to the party.

He smashed 7 sixes in an innings of 67(26) where Short went completely unnoticed. His promotion to open the innings brought out the best in him and gave Rajasthan a glimpse of hope. After his wicket, Short took over and scored 44(25) until Maxwell dismissed him in the 10th over.

Rajasthan needed 30 runs in the last 2 overs and after scoring 15 in the penultimate over, they were clear favourites to pull off this win. There was some good hitting from K Gowtham who scored 18(6)* but it wasn’t enough to get them over the line as Delhi won by 4 runs. Tight finishes at the Kotla continue to take place in IPL 2018. Man of the Match: Rishabh Pant.