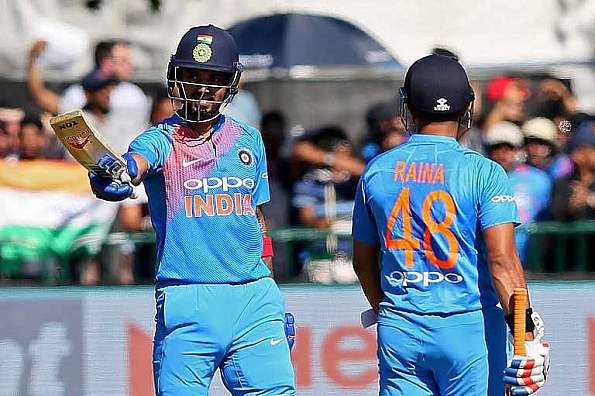 
The 1st T20I between India and Ireland was a one-sided contest, with India scoring 208 batting first and then winning by 76 runs. To give everyone a hit, Indian captain Virat Kohli made quite a few changes for the 2nd T20I, but India still managed to put up 213 batting first, and then claim an even bigger victory.

It was a second consecutive failure for Kohli, while KL Rahul stepped on the gas at the top, scoring briskly in a partnership of 106 with Suresh Raina. Rahul was eventually dismissed for 70, while Raina followed him shortly, having scored 69. Hardik Pandya then came out and smashed an unbeaten 32 in just 9 balls, including a four and 4 sixes to take India to 213/4 in their 20 overs.

The Ireland bowlers were taken to the cleaners and Kevin O’Brien had the best figures among them – 3/40. It was going to be another mountain to climb for the Irish team but knowing them, a fight was expected. However, we were all wrong as Ireland began losing wickets in almost every over of the innings.

In less than 13 overs, Ireland were bowled out and once again, it was the spin twins Yuzvendra Chahal and Kuldeep Yadav who did the damage, picking up 6/37 between themselves. India registered a 143-run victory which turned out to be their biggest ever in T20I history.

Captain and wicket-keeper Gary Wilson was the highest scorer with just 15 as Ireland lost again and were whitewashed in the T20I series. Rahul was awarded the Man of the Match award and Chahal won the Man of the Series award, for two 3-wicket hauls. The real test begins soon as India now catch the flight to England, for a tour that will go on for more than 2 months.

Keep reading GutshotMagazine.com for major sporting updates from around the world.