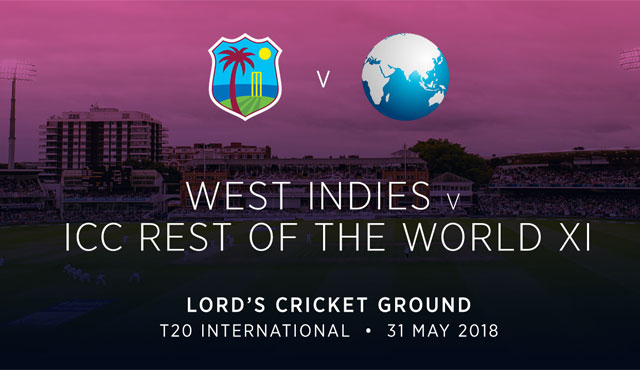 ICC World XI to play Windies in a Charity Match

In September last year, Hurricanes Irma and Maria hit the Caribbean islands, and these two turned out to be among some of the costliest hurricanes ever. The islands were left having to rebuild homes and infrastructure before their vital tourism industry could thrive again.

The match scheduled is ICC World XI vs Windies and it will be played on 31st May 2018, at the Home of Cricket, Lord’s. The ICC World XI team was almost complete, and the final addition of Kiwi cricketers Luke Ronchi and Mitchell McClenaghan completed their squad of eleven players.

The 37-year old Ronchi was the highest scorer in the recently concluded third edition of the Pakistan Super League, where he helped his team Islamabad United claim the title. McClenaghan is currently playing for Mumbai Indians in the Indian Premier League and he will fly to England for this game once the IPL is over.

The fund-raiser match has also been anointed international status and has been scheduled for after the IPL as most of the Windies players are in India at the moment. “It’s a great honour to be leading a side which has a selection of players from a number of nations, and I can’t wait to get on to the field for what promises to be an engrossing contest,” said World XI captain, Eoin Morgan.