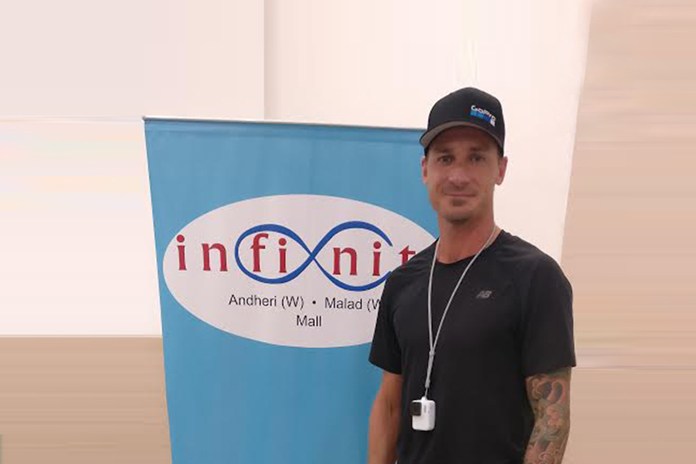 
Dale Steyn is one of the fastest, fittest and deadliest bowlers in world cricket at the moment but has been suffering from continuous injuries over the past couple of years. Just a few days back, the speedster was spotted at Infinity Mall in Malad, Mumbai, for a special autograph signing session.

Steyn is a brand ambassador of GoPro, a technology company that produces action cameras which allows users to capture and share their adventures very easily. He was in Mumbai to promote the launch of the GoPro Hero camera, which is their latest durable and water-resistant product.

The Infinity Mall atrium was full of cricket and fast bowling enthusiasts, less for the camera, but more to catch a glimpse of the South African cricketer who has entertained fans for years now. Every participant was allowed one chance to bowl in the nets with their bowling speeds being recorded.

Eventually, the bowler who recorded the fastest bowling speed was awarded the latest GoPro Hero camera by Dale Steyn himself. The 35-year old is one of the best athletes in the game, able to bowl consistently at speeds of 145+ kmph. His quickest recorded delivery was 156.2 kmph, during an IPL 2010 match between Bangalore Royal Challengers and Kolkata Knight Riders.

Currently, South Africa is on a tour to Sri Lanka and Steyn wasn’t able to make the squad again, still recovering from his string of recurring injuries. While his fans in Mumbai would’ve been delighted to see him at the special autograph signing session in Malad, they will be waiting for him to get back to playing in South African colours.

Keep reading GutshotMagazine.com for updates on similar sporting stories from around the world.