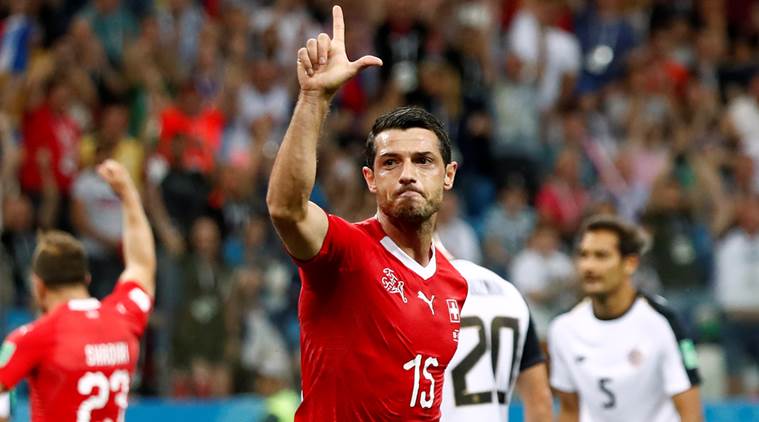 
After the intense Group F finish earlier in the day where Germany were knocked out of the 2018 FIFA World Cup and Sweden progressed along with Mexico, it was time for a couple of more relaxed matches, where heartbeats weren’t jumping up and down as they were a couple of hours prior.

Switzerland played Costa Rica in one game and the former would’ve been confident, with Granit Xhaka and Xherdan Shaqiri both cleared to play for this game, having to pay fines for their gestures in the last game, instead of the earlier ruling of a 2-match ban. It turned out to be a great game of football, with both teams having many attempts on goal.

Switzerland opened the scoring in the 31st minute while it took just ten minutes after the break for CRC to get equal. The time was ticking, and all Costa Rica needed was to get a win, but Switzerland scored again in the 88th minute, taking a 2-1 lead before a penalty made it 2-2 in the 93rd minute. There was entertainment galore in this game which was drawn, and Switzerland gained 5 points in all – enough for them to qualify. Full match highlights here.

The other game was being played between Serbia and Brazil and while we all know who the favourites would’ve been, it’s tough to take it for granted after the recent shock results we’ve been seeing in the World Cup so far. However, there was a clear dominance from Brazil yesterday.

They won 2-0 and got enough of points to top the table and progress to the Round of 16, thanks to a goal from Paulinho in the first half and one from Thiago Silva in the second half. This became the 13th consecutive tournament that Brazil have made it past the group stages, with the run extending way back to 1970. Full match highlights here.

Keep reading GutshotMagazine.com for an update on the final day of group stage matches that are scheduled for tonight.