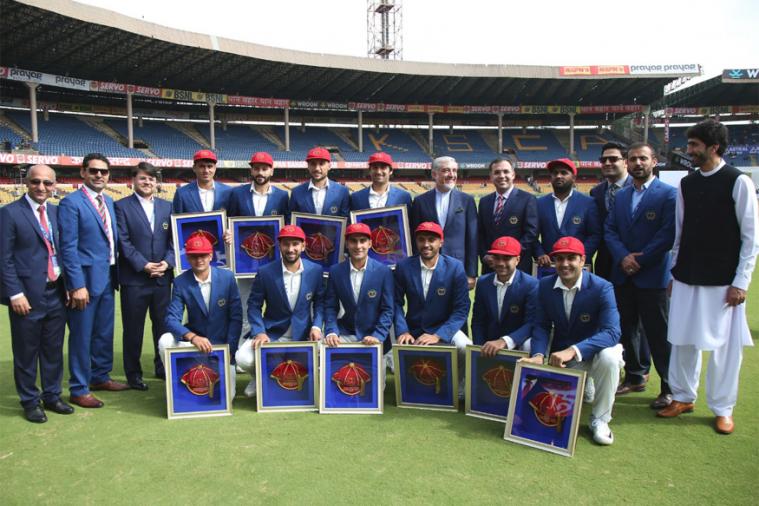 
Doing something for the first time is always special and memorable. A sportsman making a debut for his country is an unforgettable moment, so you can imagine how special it must be when a country itself makes its debut on the international stage. Likewise, the country of Afghanistan must be feeling very proud today.

A few months back, they became just the 12th country in the history of test cricket to be granted test status by the International Cricket Council (ICC). Today, the war-torn country took the field in Bengaluru to play India in their maiden test match, marking a historic day for Afghanistan.

They may not have a good enough team to beat successful against the #1 ranked team in test cricket (India), but they will surely work hard to shine on debut. The game began earlier today, and India stamped their authority, with Murali Vijay and Shikhar Dhawan scoring brisk centuries, and KL Rahul scoring a fifty on Day 1, taking India past 330 for the loss of 5 wickets.

Indian Prime Minister Narendra Modi didn’t miss the chance to wish the Afghanistan team luck ahead of this important game. He tweeted, “I congratulate the people of Afghanistan as their cricket team plays their first international test match. Glad that they have chosen to play the historic match with India. Best wishes to both teams! May sports continue to bring our people closer and strengthen ties.”

The 5-day format is supposed to be the most respected one in the sport of cricket and it will be a very proud moment for all the eleven players who made their debut for Afghanistan today. Just last month, Ireland made their debut in test cricket, performing well but eventually losing against Pakistan.

Keep following GutshotMagazine.com for highlights of this inaugural test match, as well as other sports updates.