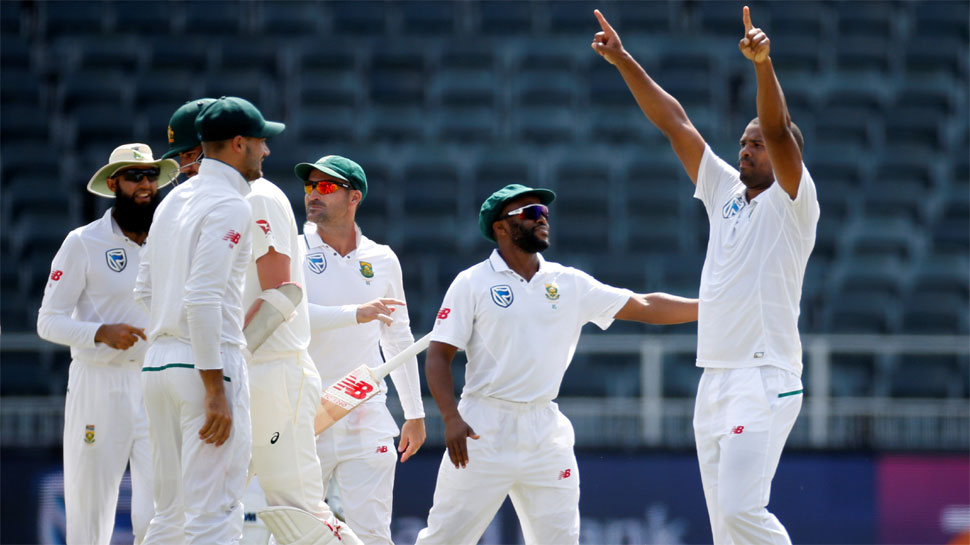 
7 wickets in 82 minutes – No, this is not T20 or even ODI cricket format figures for that matter. This was the total time taken by the South African team to wrap-up the last 7 wickets of Australian 2nd innings of the last test match of the fouth and final test match that took place in March this year. Six of these wickets were taken by the ‘Genius’ Vernon Philander in just 33 deliveries in which he conceded 21 runs only.

Philander’s performance was spectacular throughout the series but didn’t get rewarded aptly, but then this big reward came his way, hence proving that hard work always delivers. This performance anabled him to achieve two prestigious milestones, firstly he became 7th South African to take 200 test wickets; secondly he joined the elite Trevor Goddard and Allan Donald on 53 wickets against Australia.

This heroic performance of Mr Philander was acknowledged by both the playing teams equally. On one hand Kasigo Rabada, Man of the Series, applauded him for his amazing performance and justified his nickname “Surgeon” by this performance of Vernon Philander while on the other hand Tim Paine, stand-in Australian captain, accepted that Philander being too good for Australia.

This match was also special because it was the last match for South African player Morne Morkel, who retired from international cricket. He played 53 Tests, 117 ODIs and 44 T20s and finished off his career with 529 wickets combined. “It was an extremely tough decision but I feel the time is right to start a new chapter,” – said Morkel, stepping out of the game with such an emphatic victory.