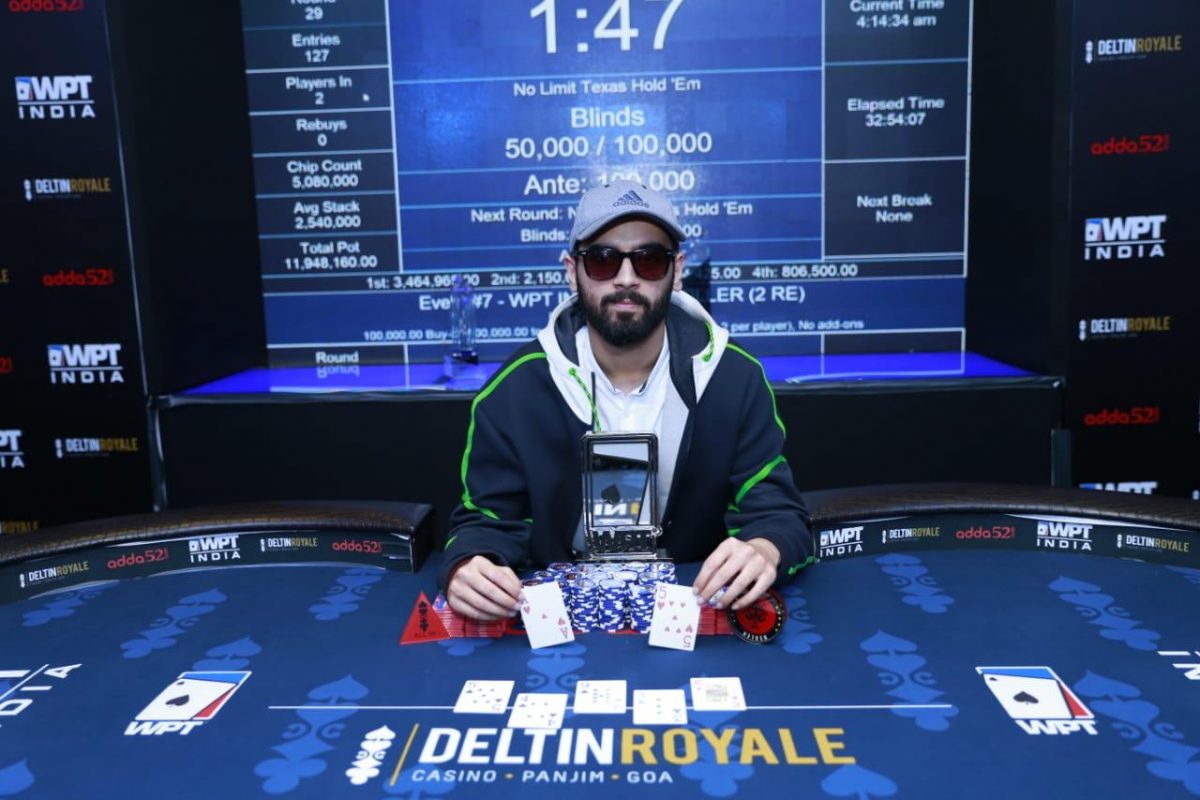 
Yesterday was the last night of the 7-day long WPT India 2019 series, with the brand running its third consecutive poker event in India. The best tournaments were saved for the last including the 100k High Roller which had Day 2 of its tournament yesterday. Along with the HR, the Main Event declared a champion in Ashish Munot while the Mega Stack declared Madhav Gupta as its winner!

After cashes in live tournaments in Vietnam, Korea, Manila and Las Vegas where he bagged in excess of $100k in prize money, it was a homecoming for Yasheel Doddanavar who won the 100k HR title, making it not just his first live poker title but also his first ever cash in a live tournament in India.

The day began with 48 players resuming from Day 1, with Armaan Kochhar in the lead. However, the registration period was still on and by the end of this period, we had 127 entries in all. After the prize pool was calculated, it was announced that the top 16 players would get paid with the min-cash set at INR 2,32,990.

The field started narrowing and quite a few notables busted out including Sumit Sapra who bubbled the tournament, hitting the rail in 17th place. More eliminations took place and among them were the latest WSOP bracelet winner Abhinav Iyer who ended his event in 12th place for INR 3,04,680. Recent IPC HR winner Pranay Chawla was then sent out in 10th place for the same prize. 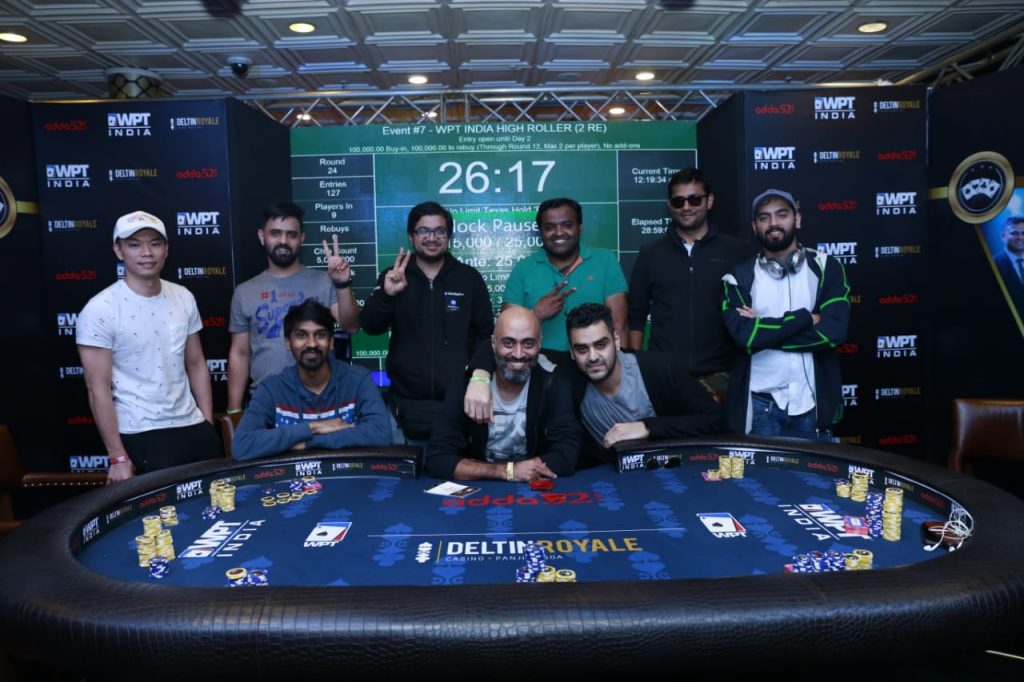 The final table of 9 began with Aditya GS in the lead and Yasheel Doddanavar close behind, these being the only two with a stack above 1 million chips. Among the notable finishers on the FT were Akash Malik (7th for INR 4,45,070), Raman Gujral (5th for INR 5,97,410) and Abhishek Rathod 4th for INR 8,06,500.

The last standing non-Indian player was Taiwan’s Kuang Hung Lee who was sent out in 3rd place for a decent payout of INR 12,84,425. It was Aditya G who executed the knockout, giving him a good chip up going into heads-up, holding a narrow lead with 25.9 million chips over Doddanavar’s stack of 24.9 million.

In the final hand of the High Roller, both players had their chips in the middle pre-flop with Doddanavar ahead holding Ah 5h against Aditya G’s Qc 10c. The flop opened Kd 3c 9s and Doddanavar stayed ahead. 4s and 5s on the next two streets meant he rivered a pair of Fives which was enough to give him his first title and a massive amount of INR 34,64,965 in prize money!

For similar updates on the top poker tournaments from across the world, stay tuned to GutshotMagazine.com.