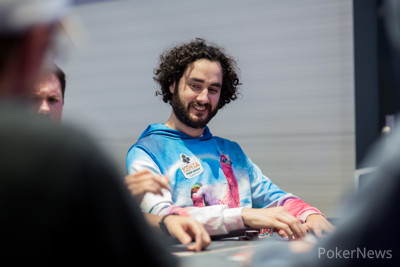 
Right now, each corner of the globe is warmed-up with numerous tournaments and India is already observing the on-going World Poker Tour (WPT) and Baazi Poker Tour (BPT) that recently completed its return series. In addition to this, another day concluded at King’s Casino, Rozvadov hosting WSOPE Event #1: €350 Opener No-Limit Hold’em.

Day 2 of the Opener ended with 10 players looking forward to the final table that comes along with the prestigious title. Out of 1,011, a total of 244 players resumed yesterday with only the top 152 places earning a minimum of €2,996 who had their eyes on the €53,654 first-place prize money and the gold bracelet. Topping Day 2 was Austria’s Eyal Bensimhon bagging 6.800,000 chips followed by Nobert Mosonyi with 5,110,000 chips in 2nd place leading onto Day 3.

Other notable players to progress to Day 3 include the Day 1A chip leader Renat Bohdanov bagging 4,000,000 chips, managed to stay on top on all days. Six-time bracelet winner Jeff Lisandro bagged 660,000 chips. As the grinding intensified, 5 Indians entered the tournament on Day 2 hoping to win the esteemed title, but they all got busted.

The battlefield was fierce, Mosonyi eliminated Ismael Bojang at 14th with his pocket jacks against pocket eights. Krzysztof Jaguscik went all-in in pre-flop with ace-queen against Mykhailo Hryhoriev’s pocket tens who eventually raised and left Krzysztof with nothing. Jaguscik put his last chips on the table holding king-four playing against his opponent Bensimhon with queen-five. The latter eventually found a queen on the river and the former rested at 6th position.

The action will resume today (16 October) at 2 pm local time and will continue until the new champion is crowned. For latest updates on poker tournaments around the world keep reading GutshotMagazine.com and stay tuned.