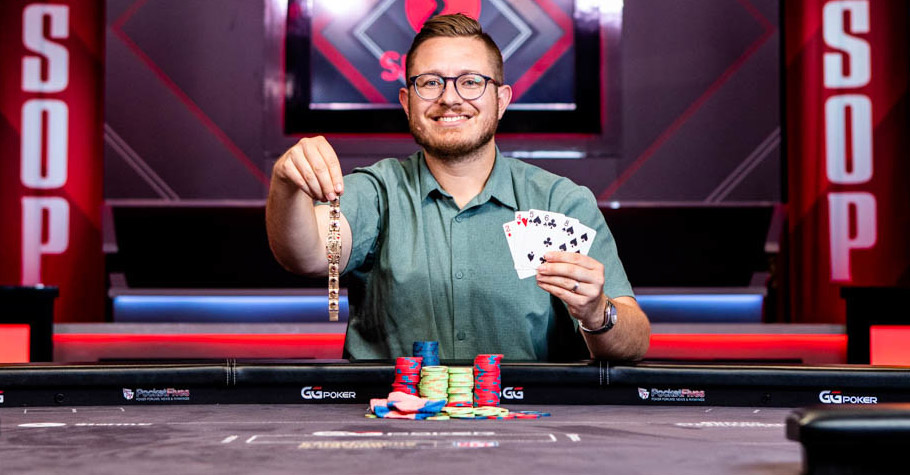 
There are poker players and then there are players who keep proving themselves through their game time and again. Event #31: $10,000 Limit 2-7 Lowball Triple Draw Championship at the ongoing World Series of Poker (WSOP) 2022 at Bally’s and Paris Las Vegas has ended with pro player Brian Hastings clinching his sixth bracelet. Hastings took home $292,146 for his first-place finish.

When PokerNews asked Hashtings what he felt about the win, he said, “It’s awesome. I mean, I really love the World Series every year. It’s a lot of fun just trying to compete in all these events against great players; it’s an honor to be in that kind of company”.

The event attracted a total of 118 entrants, who paid a buy-in of $10,000 to generate a prize pool of $1,100,350. After the successful completion of Day 2, the top 10 players led by Brian Hastings returned for Day 3 and slogged hard for the gold bracelet and the top prize.

16-time WSOP bracelet winner Phil Hellmuth, who was eyeing his 17th bracelet, bubbled the FT as he exited at the eighth spot taking home $31,552 in prize money. The first player to exit the game was two-time WSOP bracelet winner Yuval Bronshtein, who was seen leaving at the seventh place for $40,494. The next player to fall was Jordan Siegel, who was shown the door at the sixth place for $52,854.