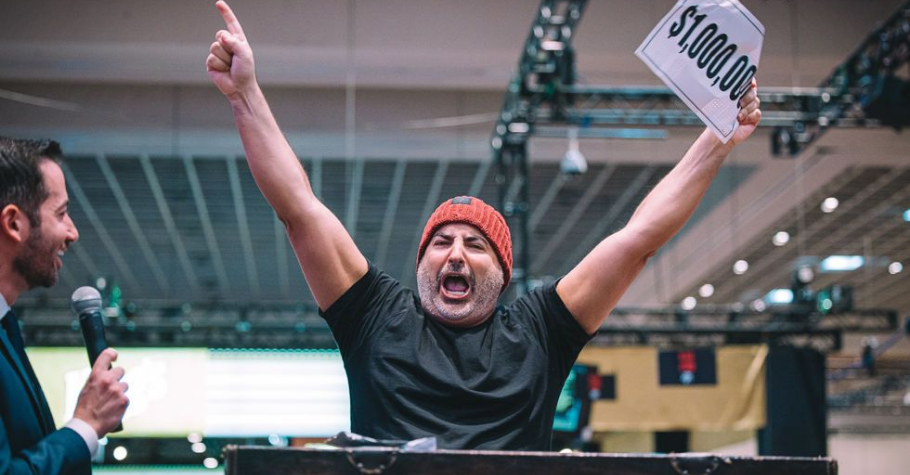 Event #68: $1,000 Million Dollar Bounty welcomed 14,112 entrants paying a buy-in of $1,000. The event has a prize pool of $12,559,680. The bounty event had a chest full of mystery bounties ranging from $25,000 to $1 million enclosed in envelopes but only one envelope containing the top bounty of $1 million. Glantz became the lucky player to take home the grand bounty. The Pennsylvania native dug through a chest full of envelopes to find the jackpot.

Glantz told PokerNews that as he opened the envelope slowly, he first noticed the number 1, followed by a comma. As he peeled the envelope further he couldn’t contain his excitement as he learned that he held the $1 million bounty.

The poker pro also revealed that he won’t be taking the entire amount home, and since Shaun Deeb and Paul Volpe owned a part of his action. 10% of the amount would go to each of the two players. Thus, Glantz will walk home with $800,000 while Deeb and Volpe will get $100,000 each. “I figured I was going to win because I had two swaps with Shaun Deeb and Paul Volpe, both have 10% and they’re the luckiest guys in poker. The rich are getting richer,” he said.

The American pro who ranks 166th in the All Time Money List shared a post on Twitter about giving away a $5,000 cheque to Justin Lett. The latter suffered a bad beat on Day 2 at the hands of Glantz, due to which the Pennsylvanian won the bounty.

Interestingly, just a day earlier, Glantz had tweeted about the bounty tournament in a way that criticized the event. After winning the tournament his opinion considerably changed. Take a look below.

Later in the day, Glantz bubbled Day 3, as he finished at the 35th spot. The top 34 places have successfully made it to Day 3.