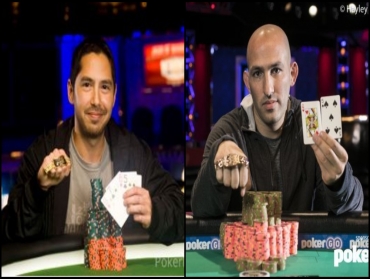 
Another couple of tournaments have concluded at the ongoing 2019 World Series of Poker (WSOP) in Las Vegas. The action has been tough to keep up with and recently, Event #23 and Event #24 were the latest to come to an end with the latter being the second online tournament of the 2019 WSOP series. Keep reading for a summary of these two tournaments…

Players from USA dominated the field in this mixed game tournament where a total field of 612 entries took part and as expected, the Final Table was a US-dominated one, with one player from UK being the odd one out. Rami Boukai shipped the tournament and captured his second gold bracelet, along with the cash prize of $177,294. 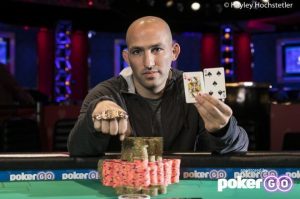 Boukai won his last bracelet way back in 2009 but admitted that it’s more of the money and less of the bracelet that has attracted him to Vegas. He said, “It’s $170K, so yeah, it’s a big deal. I’m here for the money.” Talking about the tournament extending into another day, he added, “I don’t sleep too well in the city anyway. I just didn’t want to mess things up. I had a big chip lead, so it was as good of a spot as I could see myself in.”

This was the second online tournament held at WSOP 2019 and the first one in the PLO format. Being a single day event, the tournament wrapped up quicker than most others at Las Vegas, with Josh ‘loofa’ Pollock eventually ending as the champion, adding around $140k to his poker bankroll and also bringing home his second gold bracelet. 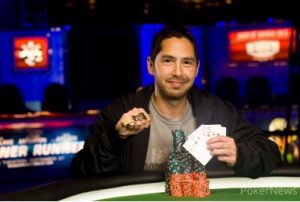 Pollock won his first bracelet back in 2013 and here, he won his second after beating 652 entries including 564 re-buys. Also in the field was the very popular and highly skilled Phil Galfond, who ultimately finished 5th, missing out on what could have been the fourth bracelet of his career.

For all updates from the 2019 World Series of Poker, keep following GutshotMagazine.com.