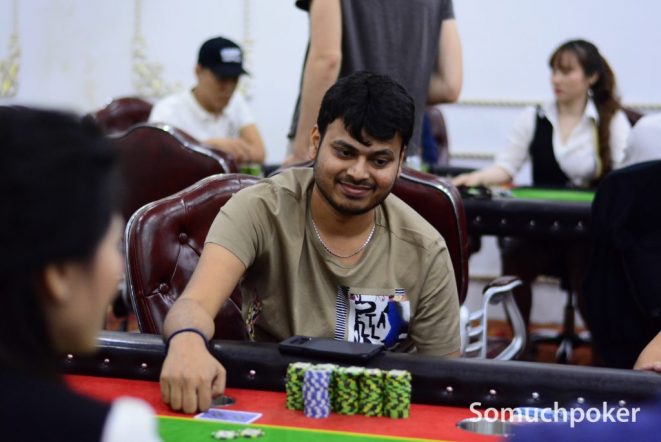 WPT Vietnam ME: Alok Birewar only Indian in Final 14


Three Indians were in the top ten chip stacks when Day 2 began yesterday at the World Poker Tour DeepStacks (WPTDS) Vietnam Main Event. Being played at the Pro Poker Club in Ho Chi Minh, this venue has been brilliant for Indians in recent times, with Abhinav Iyer and Dhaval Mudgal winning the Main Event of different tours in the last 6 months here.

This time was no different as a total of 15 Indians were in play yesterday when Day 2 began. A few of them busted just before the money bubble arrived, with 87 players being paid out a minimum of VND 37,160,000 (~INR 1.1 Lakh). Two Indians to take away min-cashes were Sumit Sapra (86th) and Shashank Jain (82nd), even though the former was a chip leader in one of the starting flights.

Now however, Alok Birewar remains the only one holding the Indian torch at the Pro Poker Club, as just 14 players bagged their chips at the end of day’s play. Birewar begins 12/14 with a stack of 715,000 and he will have to do really well today on Day 3 in order to compete with the rest. Malaysia’s Jin Yong holds the lead with a massive stack of 3,255,000.

For all updates on the WPT Vietnam Main Event and other events that follow, stay tuned to GutshotMagazine.com.