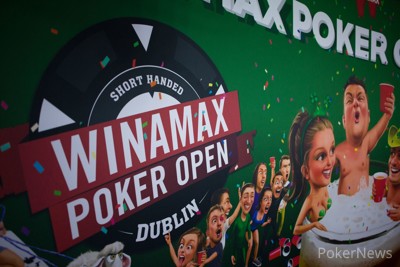 
The Winamax Poker Open (WPO) is among some of the most popular live poker tournament series and they’ve just announced another series, this time at the Citywest Hotel in Dublin, Ireland. The WPO Dublin series has been running very successfully since 2013 and we’re all set for another return to Dublin.

Winamax has announced the stop as well as the entire schedule of events, which will be played out between 17-23 September 2018. It’s going to be a packed week of poker action at the Citywest Hotel, with a total of 40 tournaments scheduled to be played in this period, with varying buy-ins and prize pools.

Buy-ins in the series will range between €10 and €1,500. There will be a few tournaments with the small buy-in of €10, while the €1,500 High Roller is the event with the steepest buy-in. As it is in every poker series, the €550 Main Event is set to be the highlight tournament here too, running between 19-23 September.

The WPO Main Event has always attracted a large field in Dublin and last year’s champion was Otto Richard, who outlasted a field of 1,069 entries to take away €92,000 in prize money, the most ever given away in the WPO Dublin Main Event. It will see three starting flights before wrapping up on 23rd September, which will also be the last day of the series. Get the full schedule here.

As for the High Roller, it will be a 2-day event to be contested between 18-19 September, before the Main kicks off. We’re expecting some thrilling poker action to take place in Dublin later this month and as usual, GutshotMagazine.com will bring you all major updates from this event, so stay tuned.