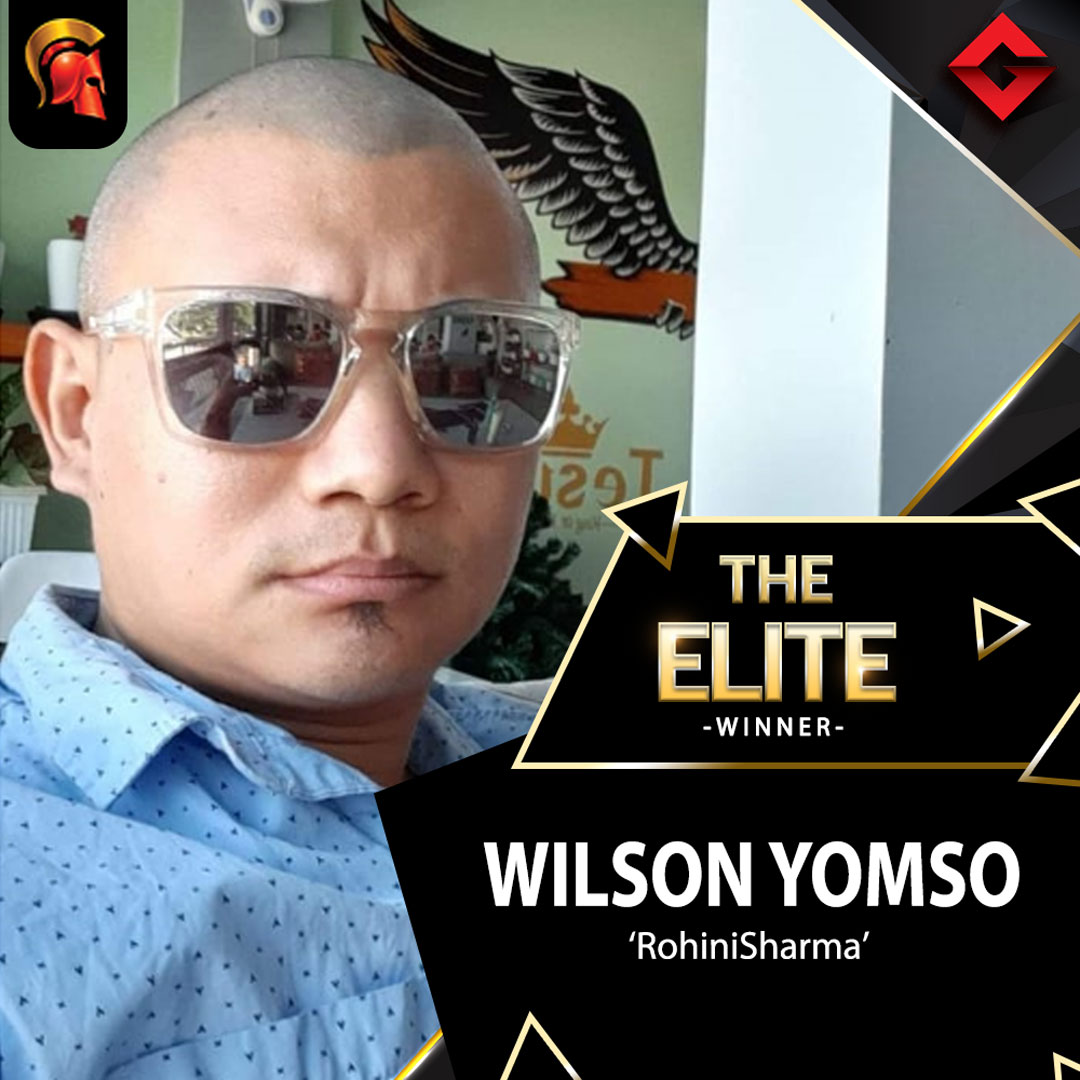 Wilson Yomso takes down The Elite on Spartan


Seven days in a week but most poker players in India wait for the Friday night on Spartan Poker. Wilson Yomso is a well-known player in the Indian poker community winning quite a few titles across the online space. Last night, he added another feather to his cap, triumphing in the Elite INR 20 Lakhs GTD.

This Friday was no different as 258 entries registered into this tournament with a buy-in of INR 11,000 and this broke the guaranteed amount to create a juicy INR 25,80,000 prize pool. As the night progressed, the top 23 places were paid out a minimum amount of INR 29,928. In Level #42 (16,000/32,000 ante 2,000) Yomso played against Sajal Gupta aka ‘GoMuckYourself’ in heads-up. In the final hand of the tournament, Yomso (7d 7h) was ahead holding 2.2 million chips against his opponent’s (6h 5h) 1.6 million stack and decides to slow play his strong pocket pair. An action flop of 5s 2h 4h opens up with Yomso holding the over-pair and Gupta hitting top pair along with flush and straight draws. On the flop, understandably the former went all-in and with his draws, Gupta had no hesitation in making the call putting his tournament life at risk. However, he is unable to get there as the board throws up 2c and Tc on the remaining streets. With that Yomso takes down the pot and the title-holding a two pair of Sevens and Deuces.

Yomso plays as ‘RohiniSharma’ on Spartan Poker and his win last night allowed him to make another addition to his poker bankroll. At 4:51 am, he emereged as the winner of the tournament collecting the biggest share from the prize pool. Other notable players receiving a paycheck include Siddarth Singhvi aka ‘PeterPunter’ (7th), Rajat Sharma aka ‘Garammasala’ (12th), Neeraj Kumar aka ‘SelfClaimedPros’ (15th), Yowen Patel aka ‘PAPITO’ (16th), Lakshpal Singh aka ‘LuckyBhai$’ (18th), Manish Lakhotia aka ‘thekid’ (21st), Yuvraj Singh aka ‘madnutscrazy’ (22nd), Deepak Bothra aka ‘chimpoo’ (23rd) and so on. Ayush Garg aka ‘Lazyman’ was the unlucky bubble boy busting out in 24th position.

Spartan hosts a variety of tournaments daily, especially Friday nights are dedicated to The Elite and TGIF INR 10 Lakhs GTD. With a bunch of other exciting events coming your way, today’s featured tournament is Mega Freeze INR 5 lakhs GTD.

For the latest updates on poker news around the world keep reading GutshotMagazine.com and stay tuned.