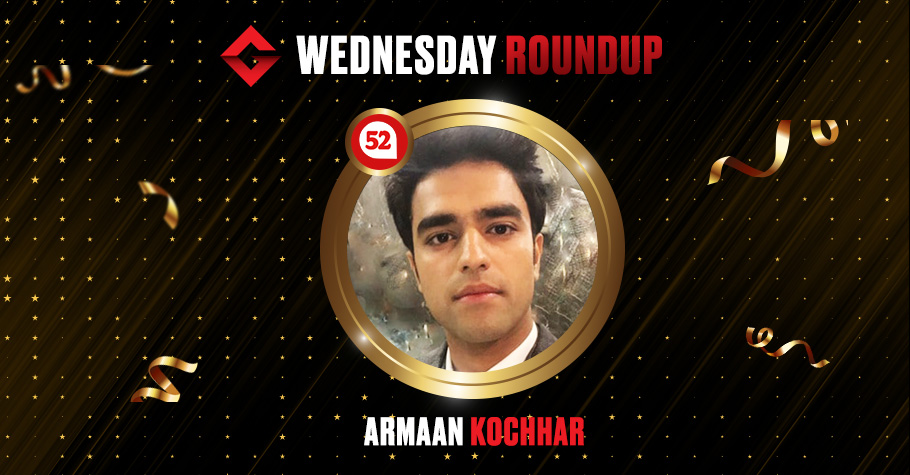 Wednesday Round Up: Kochhar, ‘Tiger10,’ ‘OldDogNewTricks’ & ‘Lucif3rr’ Make A Splash On Poker Felts!


Wednesdays are meant for hardcore grinding that awaits. Yesterday hundreds of poker players flocked onto online poker felts and tried their hands at high-value tourneys. Spartan Poker hosted Destiny and an anonymous player took the lead even before a pro like Sanket Arora could put up a fight. Tournaments on PokerBaazi and Adda52 had lesser entries as compared to Spartan Poker’s tournament, but the action was heated nonetheless.

Online poker reg Manish Lakhotia played all the tournaments listed in our round up but could not clinch the winning title. Let’s do a quick recap of what went down yesterday on these top-notch poker platforms.

Spartan Poker has always been that online poker platform that changes the destiny of poker players who start grinding on its virtual felts. We believe this Destiny tournament was also designed that way. Spartan Poker’s Destiny tournament had 609 entries in total and the top 50 players were paid a min-cash of ₹15,225. The advertised guarantee of ₹28 Lakh was crushed and the prize pool stood at ₹30,45,000.

This ₹5,500 buy-in tournament was shipped by a mystery player ‘Tiger10’ who took home a whopping ₹7,91,700 in prize money. Shipping this destiny tournament is nothing new for ‘Tiger10’ as he has shipped this event twice in the past. This mystery player defeated poker pro Sanket Arora aka ‘BANK$Y’to clinch the top spot. Arora was the first runner-up who cashed ₹4,87,200. Devvrat Himatsingka aka ‘devvrat89’ was the second runner up who cashed ₹2,81,662.

The win for ‘Tiger10’ must’ve surely been a tough one as this tournament had several other pro players like Tathagata Sengupta, Anirban Das, Raman Gujral, Yohan Patel, Neeraj Kumar, Rubin Labroo, Surbhit Grover, Arsh Grover, Sanat Mehrotra, Vishnu Khandelwal, Shashank Desai, Abhishek Goindi among others. Among the players who competed for the winner’s spot on the Destiny tournament were two people who have been on the cover of Gutshot’s e-magazine. Rubin Labroo, IPC Main Event 2020 champion made a suave appearance on Gutshot’s July e-magazine while Abhishek Goindi along with Tanay Hargunaney was on the cover of Gutshot’s November 2020 edition.

Hargunaney also featured in our ‘Follow Your Heart’ series!

This Wednesday Vibes tournament on Spartan Poker had 660 entries in total. The advertised guarantee of this event was ₹8.50 Lakh but it was surpassed by a thin margin and a new prize pool of ₹9,90,000 was formed.

Wednesday Vibes was shipped by a mystery player ‘OldDogNewTricks’ who cashed ₹1,92,060. This anonymous player traversed to the top after defeating Siddharth Gangwar aka ‘cooking_nuts’ who received a pay cheque of ₹1,21,770.

This Maverick tournament on Adda52 was a ₹2,500 buy-in event. This tournament was shipped by Armaan Kochhar aka ‘Tandavam’ who won ₹2,80,783. Kochhar traversed to the top after defeating 82 entries in total. The runner-up of this tournament was Mohit Mehta aka ‘thejokerrrr’ who won 2,73,515. Mehta also won the House Party ₹13 Lakh GTD tournament during India Online Poker Championship (IOPC) January 2021. This IOPC reg took a pay cheque of ₹2,52,200 for winning this tourney.

ALSO READ: Zarvan Tumboli Ships ‘Poker For A Cause’ Tournament

The advertised guarantee of this tournament was ₹10 Lakh but it was crushed by a good margin and the final prize pool stood at ₹16,72,132.

PokerBaazi’s The Pride tournament was a ₹3,850 buy-in event. The event attracted several poker pros who slogged big time to win. But it was shipped by an anonymous player ‘Lucif3rr’ who got a pay cheque of ₹2,69,000. ‘Lucif3rr’ clinched the winning title after pushing back none other than online poker stalwart Manish Lakhotia aka ‘thekid.’ Lakhotia cashed ₹1,88,000 as the runner-up.

Sanat Mehrotra, Sanish Chhabra, Naresh Veeravalli, Guruprasad Gupta, Dhaval Mudgal were some of the top poker players who had flexed their muscles to grab the winning title on The Pride tournament. 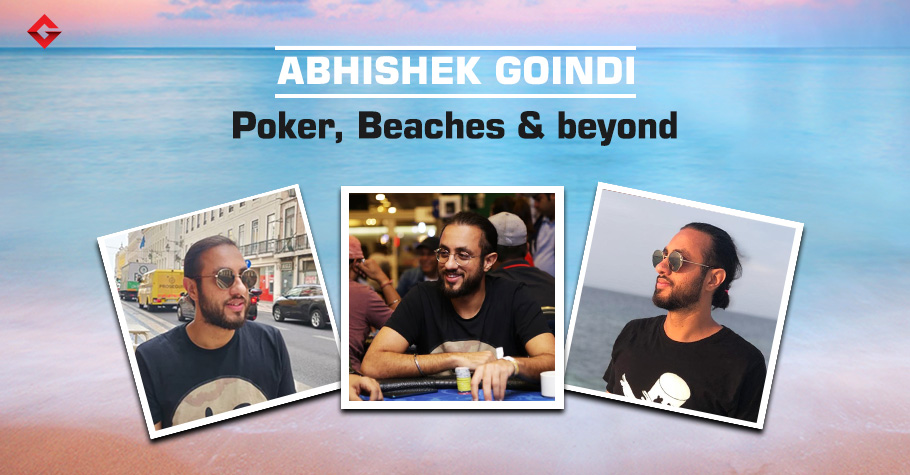