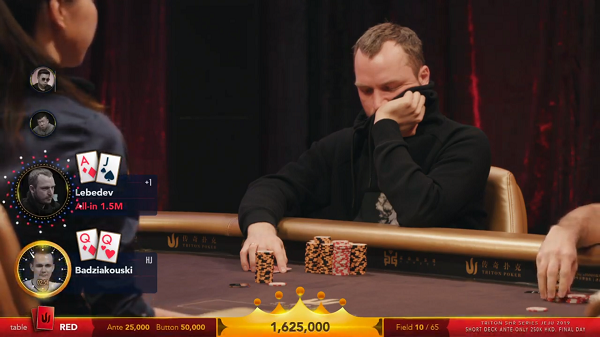 
We’re constantly speaking about how Short Deck as a format has become increasingly popular and Triton Poker is one of the brands responsible for this rise in fame. Jeju in South Korea was their first high-stakes stop of 2019 and the series began yesterday, 2nd March with Triton Jeju Event #1: Short-Deck Ante-Only, with a massive buy-in of HKD 250,000 (~INR 22.6 Lakh).

The first event attracted a total of 65 entries (including 28 re-entries) and some of the top players from around the world were a part of the action at Landing Casino in Jeju Shinhwa World Resort. A total of HKD 15.27 million was generated in prize money and from the field, only 8 players will be paid out with a min-cash of HKD 610,000.

Now Triton Poker has given you the chance to watch the action live from Jeju and have a look at how the best players in the world go about their game. Currently, Day 2 of the first tournament is underway and at the time of typing this, we are down to the final 8 players. Badziakouski was the player to bust in 10th and Phua was the bubble boy finishing in 9th.

For more updates from Triton Jeju 2019 as well as other poker updates from around the world, keep reading GutshotMagazine.com.