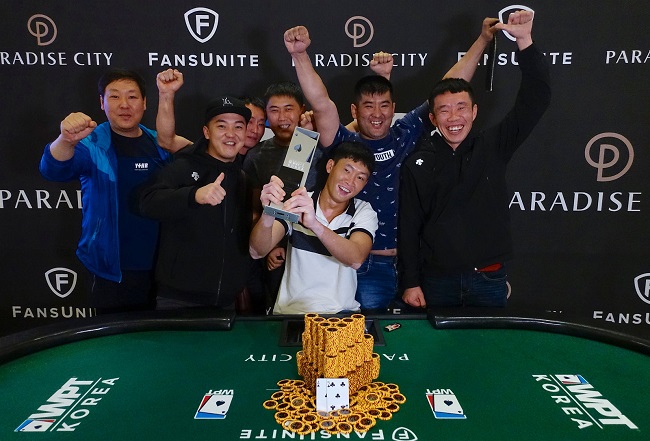 
Another stop of the World Poker Tour’s (WPT) ‘Asia Swing’ has come to an end, after Shingo Endo won the WPT Japan Main Event last week. Now, action was taking place at the Paradise City Casino in Incheon, South Korea since a week or more, with the inaugural WPT Global Teams Event also taking place – won by Team China.

Then began the WPT Korea Main Event at the same location between 21-24 September where some of the top Asian poker pros were in attendance. The KRW 1,100,000 buy-in Main Event saw a total field of 283 entrants registering to the tournament, including the four members of the winning Team China who won free seats to the tournament.

The Belarus national more than tripled his career live winnings with what became his biggest live cash by a long way. This wasn’t his first poker title, but this was the first time he ran good in such a big tournament. In heads-up, he beat Japan’s Tsugunari Toma. The board opened two pairs Tens and Fives, while Pak won the final hand with a higher kicker, Ace.

Keep reading GutshotMagazine.com for more updates on poker tournaments from Asia and around the world.