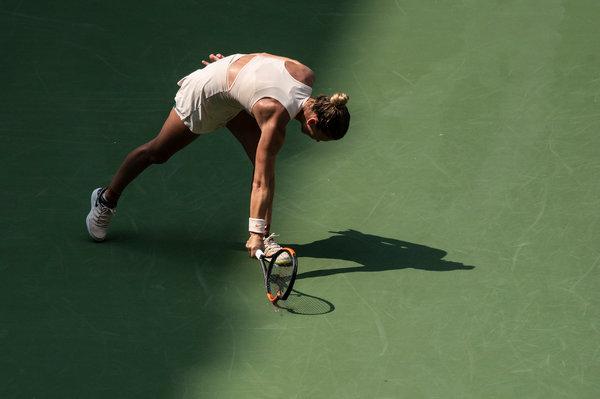 US Open begins with a shocking upset!


As most sports fans would already know, there are four major Tennis Grand Slams held every year, with the Australian Open held in January, the French Open in May/June, Wimbledon in July, and the US Open in August/September. Now, it’s time for the fourth and final slam of the year, played out at the USTA Billie Jean King National Tennis Center in New York.

The tournament kicked off yesterday, and both players and fans would’ve been shocked with an early exit of the top seeded women’s player, Simona Halep. The unseeded Kaia Kanepi stunned her 6-2, 6-4 to progress to Round 2, and she is expected to have an easier couple of games from here on.

The 33-year old Estonian player inaugurated the newly renovated Louis Armstrong Stadium by sending Halep packing, who won her maiden Grand Slam title in this year’s French Open. This now became the second consecutive year that the Romanian exited the US Open in the first round itself.

“I have always loved being in New York. I like the atmosphere. I like being here. I love the courts and the climate, and I think that the courts suit my game really well,” said Kanepi, who has a career-best world ranking of #15 and has reached the quarter-finals twice before at the US Open.

She is now ranked #44 in the world and this would’ve been one of the biggest wins of her career so far. Other results were more-or-less as expected at the Flushing Meadows, with men’s top seed Rafael Nadal beating David Ferrer, the unseeded Stan Wawrinka completing a beautiful straight-sets win over #8 seed Grigor Dimitrov and both the Williams sisters progressing to Round 2 as well.

No Indian players were in action on Day 1 of the 2018 US Open, but Yuki Bhambri will be in action later today. Keep reading GutshotMagazine.com for more updates on the ongoing US Open.