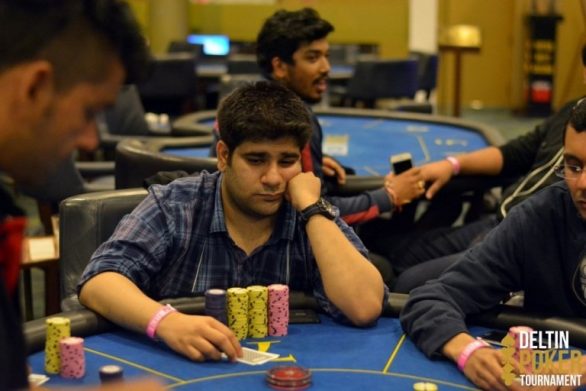 Akshay Nasa leads after Day 1 of the WPT 35k Superstack

Yesterday was just the second day of play at the ongoing 2018 World Poker Tour (WPT) India series, with players from across the country participating in large numbers on board the Deltin Royale. Early yesterday, we reached the end of the INR 20k Kickoff Event, with Aditya Sushant claiming his maiden WPT title.

While the opening event FT was being played out, the WPT India INR 35k Superstack Event had also kicked off, with Sandeep Tulsyan winning this event last year for INR 19 lakh after beating 284 entries. Sameer Tavanandi, winner of last year’s Bounty Event, was the bubble boy here, busting in 28th place as the top 27 finish in the money.

Day 1 came to an end when Tavanandi was eliminated in 28th place, so everyone will be paid out when they hit the tables later today on Day 2. By the end of the registration period, a total field of 215 players registered to this Freezeout event, and the field slowly whittled down to the last 27 by the close of day’s play. 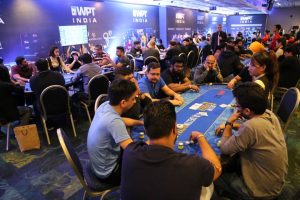 Leading this pack of survivors is none other than the 24-year old Akshay Nasa, who is slowly turning into an online poker master, with very frequent wins across all platforms in India. However, he has proven that he’s not any less talented in the live circuit, also finishing 2nd to Marc Rivera in the APPT National in Manila in August.

Nasa currently has a stack of 779k, with a good lead over the rest of the survivors. The closest to him is Abhishek Jalan, who bagged a total of 658k chips at the end of Day 1. These two are considerably above the rest at the moment, with no one else holding a stack of over 400k chips. Will they be able to continue this dominance on Day 2? Leave your comments and let us know what you think.

When players hit the felts in a few hours from now, all will get paid out a minimum cash prize of INR 53,000 while the prize that has been calculated for the winner is INR 17,29,000, which is slightly lower than last year’s top prize but is still a massive bankroll boost for the player who eventually takes down the title.

Keep reading GutshotMagazine.com for more updates on the 35k Superstack Event at WPT India in Goa, which kicks off at 2pm today.