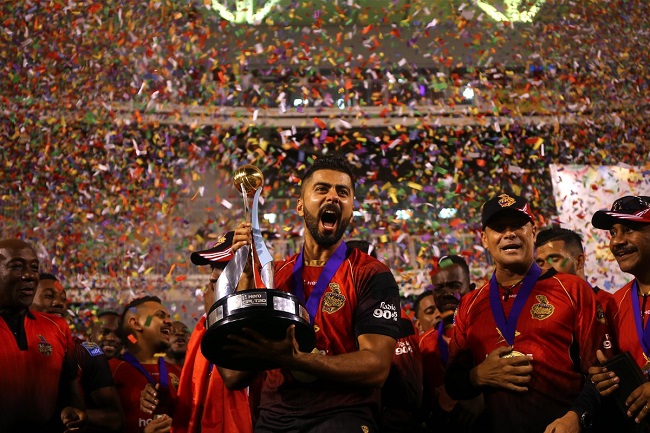 
The sixth season of the Caribbean Premier League kicked off on 8th August 2018 and after a long season, we finally have a winner – a team that came into this season of the CPL T20 as the defending champion and a team that had a lot of expectations on them. Clearly, the Trinbago Knight Riders have lived up to these expectations.

They were the joint most successful team in the history of the CPL T20 prior to the start of this edition, winning two out of the five previous tournaments. However, they are now the first team to win 3 CPL titles, including two consecutive victories. Here, they had a fantastic season and ended by beating Guyana Amazon Warriors in the final.

CPL is one of the biggest parties in sport and the tournament is an extremely entertaining one, which led to Shahrukh Khan picking up a major stake in the Trinbago Knight Riders in 2015, which the likes of Sunil Narine, Darren Bravo and Chris Lynn playing in both the Trinbago franchise as well as the Kolkata Knight Riders in the final.

They registered an 8-wicket victory in the final, thanks to great performances by the likes of Colin Munro and the young Khary Pierre. Munro had a brilliant tournament overall, with 6 fifties across the month and ten days of the tournament, including the 68(39)* he scored in the final. He was awarded the Man of the Series award.

Pierre was very influential in the final, picking up 3/29 and playing a major role in restricting the Warriors to just 147/9 in their quota of 20 overs. This of course, followed a first ball wicket for USA’s Ali Khan earlier. From there, it was an easy chase which TKR completed in just 17.3 overs.