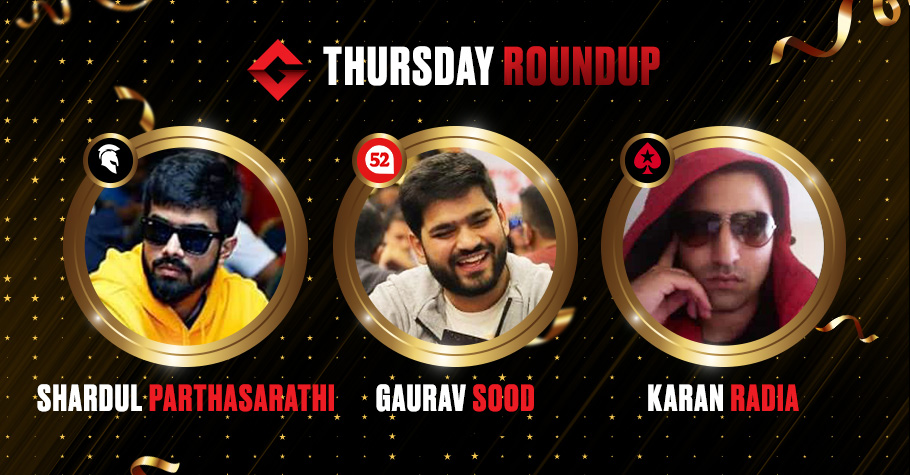 Thursday Round Up: Parthasarathi & Sood Shone On Poker Platforms Yesterday


Yesterday was all about heavyweights from the poker industry clinching top titles. Shardul Parthasarathi, Gaurav Sood and Karan Radia thickened their bankrolls as they shipped high-value events. Keep reading to know more about all the action that went down on Spartan Poker, Adda52, and PokerStars.

Adda52’s Godfather title has always been a favourite among poker players. Last Thursday, well-known poker player Kanchan Sharma nailed the event. This Thursday, Gaurav Sood, Gutshot’s January 2021 cover star, shipped the event.  Sood made it to the top in this ₹5,500 buy-in event and cashed a whopping ₹6,12,500 in prize money.

The Big Deal tournament on Spartan Poker was shipped by well known poker player and Poker Bootcamp India coach Shardul Parthasarathi aka ‘Carribean Flex.’ Parthasarathi fired two bullets and cashed a massive ₹6,78,529 in prize money. The runner up in this event was Nitin Arora aka ‘Demogorgon’ who received a pay cheque of ₹6,67,750. The tournament had 156 entries in total. The top 15 players made it in the money. A min-cash of ₹56,160 was paid. The advertised guarantee of this event was crushed and the final prize pool stood at ₹31,20,000.

An anonymous player shipped Spartan Poker’s staple ‘Trending Thursday’ tournament. The grinder who goes by the moniker ‘RexxarF’ took home ₹4,03,005 in prize money. This mystery player played his A Game and clinched the winning title as the runner up in this event was IOPC veteran Arjanveer Singh Chadha aka ‘bazzingaa.’ Chadha cashed ₹2,67,933 in prize money. The tournament had 402 entries in total. The top 39 players made it in the money. A min-cash of ₹13,869 was paid. The advertised guarantee of this event was surpassed and the final prize pool stood at ₹20,10,000.

The Highroller on PokerStars was shipped by Karan Radia aka ‘The Annihilator’ who thickened his bankroll with ₹2,22,976. Radia fired two bullets and clinched the top spot. The runner up in this event was a mystery player who goes by the moniker ‘Rjnshpl’ who took home ₹1,72,524. The tournament had 158 entries in total. A min-cash of ₹15,455 was paid. The top 20 players made it in the money in this ₹7,700 buy-in event. The advertised guarantee was surpassed and the final prize pool stood at ₹11,06,000. 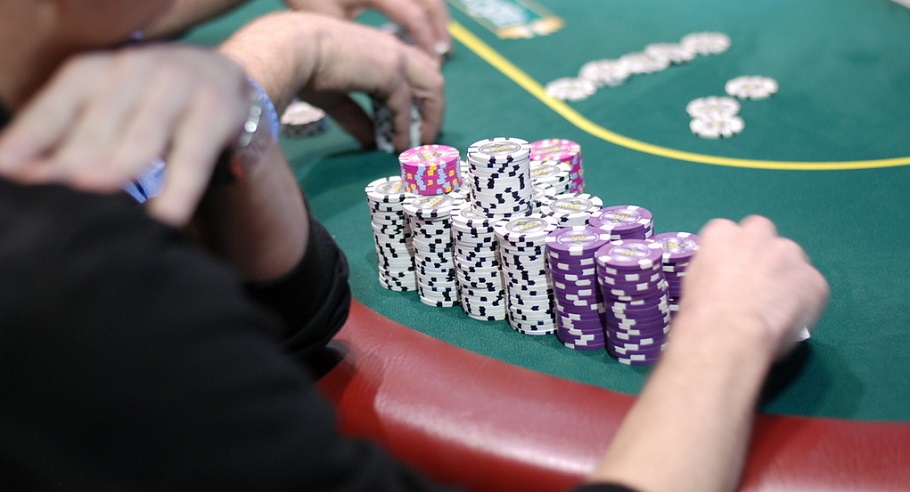 Big Stack University Tips: How to play against ...