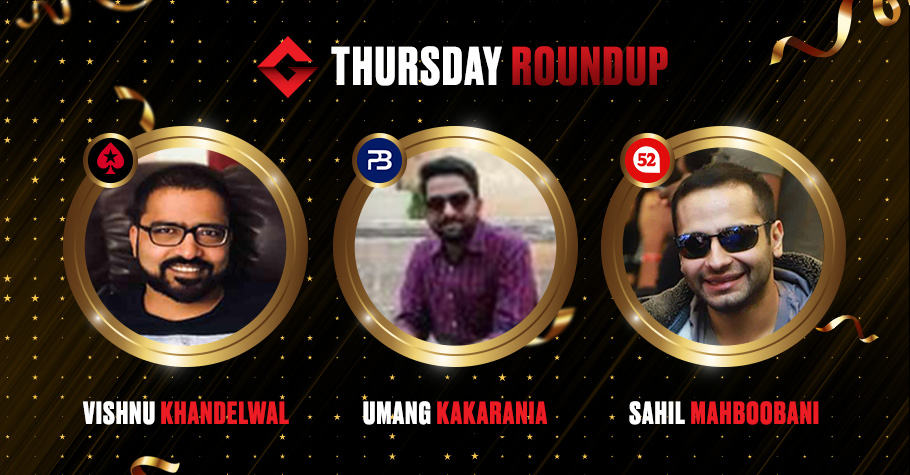 While ‘LorenzoVonMatterhorn’ had an amazing day, poker pro Sahil Mahboobani shipped the Godfather tournament and won the prestigious title. These are just the headlines, keep reading to know more.

The ₹2,200 buy-in Monster Stack tournament on Spartan Poker was shipped by a mystery player ‘LorenzoVonMatterhorn.’ The player cashed a hefty ₹2,12,624 in prize money. This anonymous player was followed by yet another mystery player ‘chemprac’ won ₹1,34,808.

The tournament had 548 entries in total and the top 55 players were paid a min-cash of ₹5,370. The advertised guarantee of this tournament was ₹8 Lakh but it was crushed and a new prize pool of ₹10,96,000 was formed.

The Trending Thursday tournament on Spartan Poker is one of the staple events. This tourney had 415 total entries and the top 39 players were paid a min-cash of ₹14,490. This ₹5,500 buy-in tournament was nailed by anonymous player ‘LorenzoVonMatterhorn’ who took home a massive ₹4,21,050 in prize money. This player was followed by Ankit Wadhawan aka ‘Shippament’ who had a pay day of ₹2,79,930.

The Godfather tournament on Adda52 is one of the marquee events on the platform. This tournament had 464 entries in total and the top 49 players were paid a min-cash of ₹13,750. This ₹5,500 buy-in tournament was won by Sahil Mahboobani aka ‘ImHighIshove’ who laughed his way to the bank with ₹6,12,500. The runner-up of this tournament was a mystery player ‘bjarun’ who cashed ₹3,62,500 in prize money.

Highroller on PokerStars was a ₹7,700 buy-in tournament which was shipped by poker pro Vishnu Khandelwal aka ‘violator2018’ who received a pay cheque of ₹2,19,185. He was followed by mystery player ‘getsetgo666’ who added ₹1,68,902 to his bankroll.