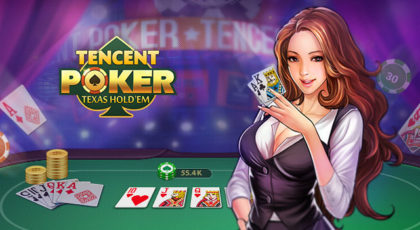 
Here comes another massive blow to the status of poker in China and Asia, and a blow to Tencent Holdings as well. Recently, the Chinese social gaming giant purchased a major stake in Indian fantasy sports provider, Dream11, where they invested $100 million and soon later reported a drop in their stock price, which has been falling since the start of this year.

Things couldn’t get any worse for the industry leader at the moment, as they recently announced the closure of its Tencent Poker app, followed with the cancellation of the WSOP China. On Monday, 10th September, players accessing their Tencent Poker accounts were greeted with a message regarding the closure and refund procedures.

The reason given on the app was an “adjustment of the company’s business”, while also mentioning that the game server will start shutting down and clearing all its data by 25th September 2018. Following China’s complete ban on all kinds of Texas Hold’em apps in April, the Tencent app was the only way players could access poker games online in China, being WSOP-authorized.

Further, the World Series of Poker (WSOP) partnered with Tencent last year to bring the most prestigious poker series in the world to China. That inaugural WSOP China series was successfully hosted in December last year where Zhou Yun Peng won the Main Event, but by the looks of it, there won’t be a second edition of the WSOP China this year.

We’re not sure of whether the partnership between WSOP and Tencent stands cancelled or not, but it seems very likely that it is cancelled. While live poker events in the country have not been affected since the ban, online poker has suffered. Remember, all the players at the WSOP China qualified through the Tencent app.

GutshotMagazine.com will be following this story, so keep watching this space for more updates on Tencent’s future in the poker business and updates on the WSOP China.