The recent updates on the announcement made by the state Chief Minister is that they have finally taken a call. The Tamil Nadu Governor Banwarilal Purohit has cleared the air and made an announcement about banning online rummy and stating that similar games that promote online gambling levies fines and jail term for violators. This decision has been expected as the state government had informed the Madras High Court about the efforts to ban such online games.

According to the ordinance, it would ban any person that has been wagering or betting on the internet using their devices. People who are found gaming will be fined INR 5000 and get imprisonment of 6 months. Those who run gambling houses will be fined INR 10,000 and be imprisoned for two years. 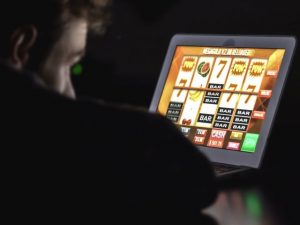 The government has finally brought the ordinance as the Edappadi Palaniswami government was under the pressure imposed by the Madras HC, petitioners and opposition parties as well. Several petitions were filed, among which S. Muthukumar’s petition mainly asked for strict action against online rummy platforms. The petition was heard by a division bench of the Madurai bench, consisting of Justice N. Kirubakaran and Justice B. Pugalendhi. During the hearing of MuthuKumar’s petition, the court had called for a law prohibiting or regulating online gambling.

The ban imposed is a massive step for the state of Tamil Nadu considering that during a tournament conducted by RummyCulture, the maximum number of participants i.e. 40% were this state. This has directly curbed the way for potential rummy payer from the state. One can only say that imposing a ban would not always be the solution, there could be deeper issues concerning that particular society which should be addressed in the first place.