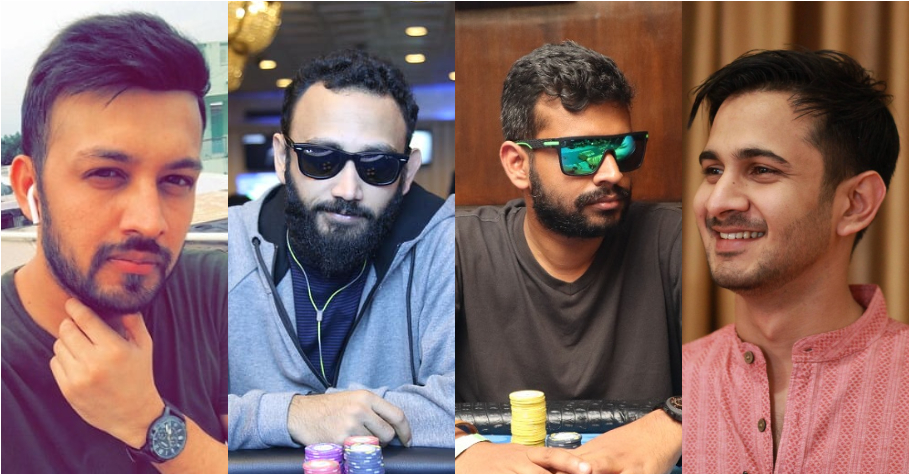 Sunday Round Up: WPT & APT Kick Off With Full Gusto


The month of August kick-started on a high note and poker platforms have already started throwing offers and high-value tournaments at players. The Asian Poker Tour (APT) on PokerBaazi and World Poker Tour (WPT) on Adda52 kick-started yesterday. These two mega series have kept most players busy.

Pro players like Aman Parakh and Myron Periera shipped tournaments on day one. PokerStars conducted its staple Sunday Progressive tournament and crowned Abhishek Sonu as the winner. These are just the highlights, let’s dive in to know more about the action that went down on poker platforms.

The runner-up in this event was Add52 Game Ambassador Kunal Patni aka ‘FloatToMyBoat’ who took home ₹4,57,500 in prize money.

The advertised guarantee of this tournament was crushed and a new prize pool of ₹21,27,000 was formed.

Online reg Aman Parakh aka ‘KarmaPoker’ opted for a deal with Prabhat Kumar ‘comeon’ in the  Monsterstack tournament. The event had an advertised guarantee of ₹10 Lakh but it was surpassed by a very slim margin as the final prize pool stood at ₹10,32,000. Parakh cashed ₹1,81,000 while Kumar took home ₹1,60,000 in prize money.

The tournament had 516 entries in total. The top 63 players in the field were paid a min-cash.

The APT 6MAX Turbo event had 562 entries in total. This event was shipped by poker pro Myron Pereira aka ‘priyankAAchoprAA’ who received a pay cheque of ₹1,09,000. The ₹1,100 buy-in tournament had massive entries and the top 63 players were paid a min-cash of ₹2,079.

This Sunday Major tournament had 488 total entries and the top 63 players in the field were paid a min-cash of ₹14,800. The event was shipped by a mystery player ‘stardust’ who took home a massive sum of ₹7,77,000 in prize money.

APT #6 Megastack tournament had an advertised guarantee of ₹10 Lakh but it was surpassed by a very thin margin and a new prize pool of ₹10,44,000 was formed. This tournament had 496 entries in total. The event was a deal between Tarush Gupta aka ‘Busterr’ and an anonymous player who goes by the moniker ‘LuckyLuke.’ Gupta took home ₹1,60,000 in prize money while the mystery player cashed ₹1,51,000.

The last tournament of day 1 was shipped by Rishab Malik aka ‘ryuk’ who took home ₹1,07,000 in prize money. The ₹770 buy-in tournament had 877 entries in total and the top 108 places were paid a min-cash of ₹1,043. The advertised guarantee of this event was surpassed by a thin margin and a new prize pool of ₹6,14,000 was formed.

PokerStars conducted its staple Sunday Special tournament. This ₹5,500 buy-in event had 254 entries in total. The top 27 players were paid a min-cash of ₹9,223. This tournament was a deal between Abhishek Sonu aka ‘Addysonu’ and online reg Manish Lakhotia aka ‘theoldestkid.’ Sonu took home ₹1,46,929 while Lakhotia fired two bullets and cashed ₹1,46,929.