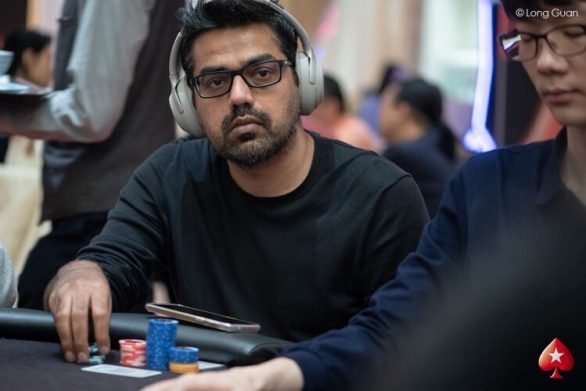 
The PokerStars Live 2018 Red Dragon Festival began in full force in the Landing Casino, Jeju, South Korea. The series is a 10-day high-stakes extravaganza, which began on Nov 30 and will go on till Dec 9.

Raghav Bansal, Kalyan Chakravarthy, Abhinav Iyer, Adda52 Pro Kunal Patni, Sumit Sapra and MadOverPoker Pro Zarvan Tumboli were the Indian contenders on Day 1A, but only Sapra survived the day. He finished 24th with an above average stack of 87,000 and will look forward to playing in Day 2 of the Main Event on 7th December. Sapra is a well-known pro with many live winnings in his bag.

Sapra also cashed out at 16th in the Jeju Red Dragon Megastack event for KRW 1,985,000 held a couple days ago. Sapra’s total live earnings go well over $200,000 at the time of writing. He also made a good run online yesterday, finishing 2nd in Spartan’s Destiny with INR 5.54 Lakhs.

Hong Kong’s Andy Ying Kit Chan, China’s Hao Chen and Taiwan’s Pete Chen were some of the notables to run out of fuel on Day 1A. Day 1B will commence today at 6pm local time and a lot of players are expected to sign up for it, especially Asians.

Keep reading GutshotMagazine.com for more tournament updates, poker news from around the world and much more.