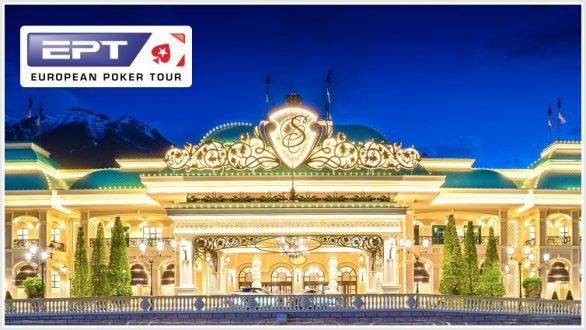 
PokerStars LIVE is all set to host the inaugural European Poker Tour (EPT) series of the year, the EPT Sochi at Casino Sochi in Russia. This will be the 5th time in two years that the casino will be host to the prestigious series. The series is scheduled to take place between 20-29 March 2019.

It will feature a total of 12 tournaments and a strong Indian contingent will be present consisting top pros including Kartik Ved, Tathagata Sengupta, Jayjit Ray, Anant Purohit, and others. India’s first WSOP bracelet winner Aditya Sushant is also attending the event. Sushant, Ved and Sengupta had won qualifiers on PokerStars India last month, where they earned all-expense paid trips to EPT Sochi.

Indians have been faring well on international felts recently. Just this year, Abhinav Iyer won the 2019 APT Vietnam Kickoff ME and earned his best live cash. Later, Sushant finished in the money in 2019 Aussie Millions ME. Currently, the 2019 WPT Vietnam is going on at the Pro Poker Club in Ho Chi Minh City and already a few Indians have made deep runs. Abhishek Goindi also earned an outstanding ~INR 19.57 Lakhs at the EPT Barcelona PLO a few days back.

Rughani had Final Tabled the $1,000 NLHE as well, finishing 8th. Another well-known community entity Sriharsha Doddapaneni is also likely to attend the event after winning the Destiny 7.0 SnG Finale earlier this year. Sushant and Ved have confirmed playing all events, but most will only play the marquee ones like Main Event and the EPT National.

The series will start with 3 satellites and Day 2 will host two starting flights of the EPT National event. Stay tuned to GutshotMagazine.com for more such tournament news from around the world and for general poker updates.