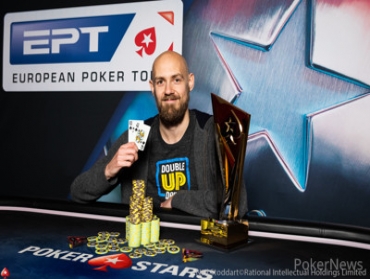 
Among the prestigious tournaments around the world, European Poker Tour (EPT) paved its way to the Czech Republic capital, Prague on 6 December in Hilton Prague. EPT never fails to lure the top poker pros and so was yesterday when the world’s number 7 on the all-time list, Stephen Chidwick picked up the PokerStars LIVE EPT Prague Super High Roller trophy beating Bertrand Grospellier in heads-up. 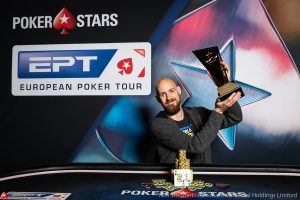 A 3-day long tournament was set alight with 44 players for a buy-in of €50,000. Eventually, the top 6 finished in the money. Now boosting his incredible live earning to over $33 million, Chidwick sits on top of England’s All-Time money list. This was his fifth title and the 21st final table finish in 2019. Now with 7,344 total points, the champion is leading the Player of the Year race, the winner himself admitting that he had one eye on the Global Poker Index POY.

The final day resumed with the chip leader Adrian Mateos and Jean-Noel Thorel in the second place followed by Chidwick in third. Thorel railed out UK’s Ben Heath beginning the elimination, the short-stacked player rested in 6th position. Early stages saw Thorel commanding the day touching 5 million in chips before Chidwick surged into the lead after winning a huge pot with a full house against former’s straight.

Steve O’Dwyer was next to follow Thorel resting in the 4th place. 3-handed play began and Mateos was left with the shortest stack. Chidwick holding Qc Jc made a pair of Jacks on the turn slamming away the Spanish player with As 10c in the 3rd position.

Heads-up action began with Chidwick racking up a stack of 9.4 million against Grospellier with 1.6 million. In the final hand, former with Qs 10s raised 200k and the latter moved all-in with Ad Kh. The board ran Jh 5s 2h 10c 9h, giving Chidwick a winning pair of Tens on the turn while Grospellier waiting for his gutshot showed his high card Ace, fininshing in the runner-up position. Chidwick seized €725,710 in prize money!

The champion expressed, “You have to change every single hand depending on the stacks. It depends on how people are playing and it’s all about trying to get away with as much as you can. It’s about getting in a good chip lead position and that’s where you want to be at the final table without risking too many chips,” Chidwick further added, “I’m always looking to get better year by year, but the biggest difference in recent years is just the size of the buyins.”

A 2-day tournament, EPT Prague National High Roller crowned Frenchman Alexandre Reard the champion who beat Italy’s Luigi D’Alterio in heads-up for an incredible €342,810 prize money. The tournament recorded 980 entries, generating a prize pool of €1,862,400 and the top 143 finishers ended in the money. 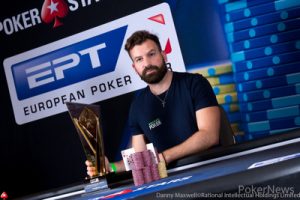 The most awaited EPT Prague Main Event already concluded Day 1A with Pierre Calamusa powering a field of 391 entries and amassing the largest stack of 475,000. Stefan Egermann with 285,600 chips closely follows the chip leader and Roland Chassing is in third place with 248,600 chips. 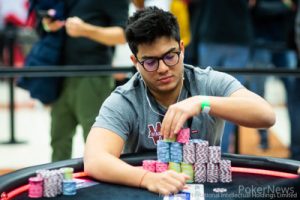 Day 1B of the Main Event is scheduled to commence today, 12 December at noon local time at the Hilton Prague. For latest updates on poker news and tournaments around the world, keep reading GutshotMagazine.com and stay tuned!