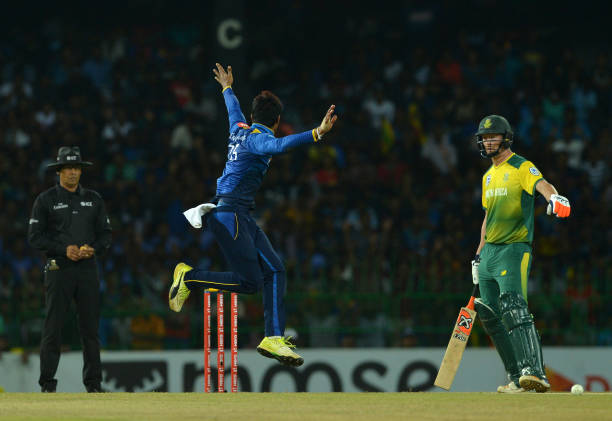 
It was a mixed home series for Sri Lanka, having won the Test series 2-0 and then having lost the ODI series 3-2. There was one last game to be played in a one-off T20 and they would’ve been wanting to finish off on a high, to negate all the heavy criticism they have been subject to in the last few months.

South Africa won the toss and elected to bat first at the R. Premadasa Stadium, Colombo. The slow and low wicket led to a very low-scoring game, with the visitors being bowled out for just 98. Chinaman bowler Lakshan Sandakan was picked for this game and he impressed with 3/19, while Dhananjaya de Silva was thrown the new ball and returned with figures of 2/22.

Quinton de Kock was the highest scorer for South Africa, having scored just 20 and most would’ve thought that we were in for an early finish. However, this turned out to be an extremely tight game of cricket to end this tour, with the visitors getting among the wickets as well.

Sri Lanka ultimately won the game with 4 overs to spare, as they stepped on the gas early in the innings. However, they lost 7 wickets on the way to chasing down 99, making for a very good game of cricket. Upul Tharanga was replaced by Dinesh Chandimal in the team, after the former getting a string of low scores in the ODIs.

Chandimal was the main contributor in this innings, finishing with 36(33)* and taking his team over the line. While Sri Lanka may have faced heavy criticism over the last couple of months, they have finished with a test series victory and a T20 victory, having lost just the ODI series. Overall, a pretty good outcome. Man of the Match: Dhananjaya de Silva.

Keep reading GutshotMagazine.com for major cricketing updates from around the world.