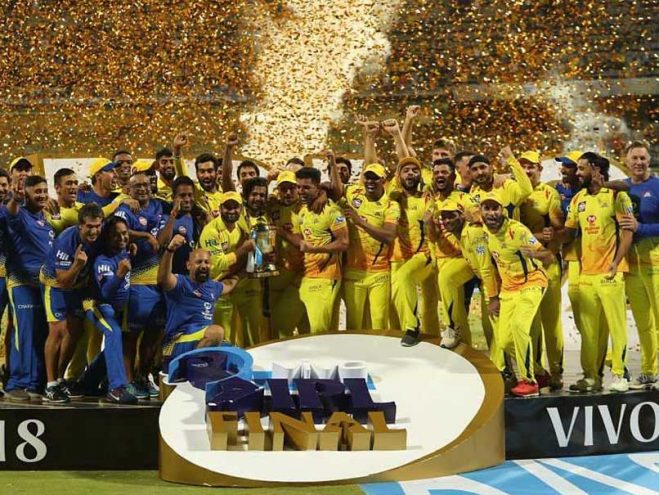 It was the perfect homecoming for Chennai Super Kings. A fairy tale ending!

The franchise was banned for two years from the Indian Premier League due to irregularities, and they have come back with a bang, beating Sunrisers Hyderabad in the final last night and lifting the IPL 2018 title. They have taken part in 9 seasons of the IPL, made 7 finals and lifted the title thrice. Isn’t this team the undoubted best in the IPL?

While most teams were terrified to bat against the Sunrisers bowling attack, the CSK batsmen took them on each and every time, completed a 4-0 whitewash against SRH this season. Their bowling has defended low scores several times this season, but Chennai had the audacity to win the toss and put them in to bat first.

Shreevats Goswami got himself run out early in the final for just 5 runs but the Hyderabad stalwarts Kane Williamson and Shikhar Dhawan consolidated for a bit before taking the attack to the CSK bowlers. Dhawan out for 26 and Williamson out for 47 gave the men in yellow a chance to come back into the game, but Yusuf Pathan didn’t let that happen, smashing six boundaries in a fabulous cameo of 45(25)*.

Sunrisers put up 178/6 and even though the Wankhede is a good pitch for batting, this was a very competitive score given their bowling might. It looked like it was going to be a very troublesome chase for Chennai, as Shane Watson took 11 balls to get off the mark, Faf du Plessis gave his wicket away early and the team managed only 35/1 after the 6 overs of powerplay.

However, there was no stopping Watson once he got off the mark. He knew he had to cover up for that extremely slow start and cover up he did indeed. It was raining sixes in Mumbai as Watson brought up a 33-ball fifty and then a 51-ball century, making him the fourth person to score two centuries in a single season of the IPL. 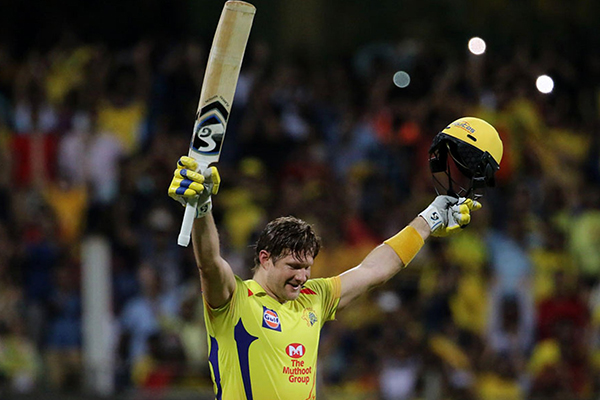 Raina was dismissed against the run of play but Watto was on fire. He was fighting a hamstring injury but just stood in his crease and dispatched the ball over the boundary, several times. He made easy work of this target of 179, with Ambati Rayudu hitting the winning boundary and giving Chennai an easy 8-wicket victory with 9 balls to spare. Man of the Match: Shane Watson.