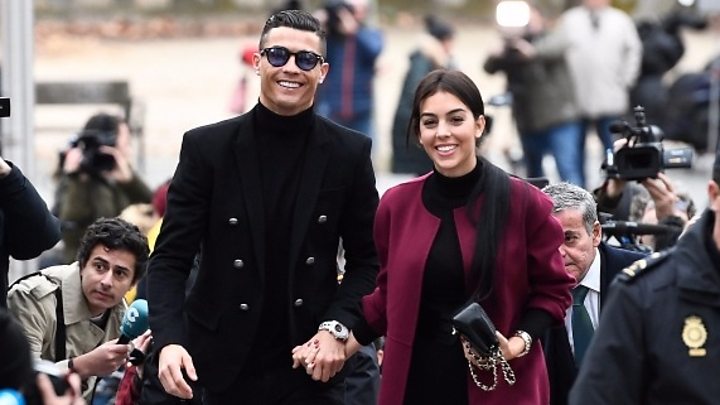 
Current Juventus footballer –  Cristiano Ronaldo –  has been invovled in tax fraud and the matter surfaced recently in Europe. Spanish authorities have accused him of dodging taxes in Spain between 2010 and 2014, when he was playing for Real Madrid based in the Spanish capital.

The prosecutors have alleged that Ronaldo had funnelled a large chunk of his earnings through low-tax companies in foreign nations in an effort to avoid paying the required tax in Spain. Ronaldo had previously struck a deal with the Madrid Court, which found him guilty of charges, but he still had to appear in court to sign off the agreement. A media frenzy ensured following his public court entrance, which happened on Tuesday.

The deal which Ronaldo and the court struck includes a 23-month jail sentence, but since the sportsman’s offence is non-violent in nature, he may end up serving the sentence on probation, which means he doesn’t have to spend any time in jail.

Ronaldo, five-time Ballon d’Or winner and often titled the world’s best player was with his fiancee Georgina Rodriguez while appearing in court. The matter in court lasted only a few minutes and the deal was struck pretty quickly, escaping much media drama.

In the deal, Ronaldo acknowledged four incidents amounting to €5.7 million owed, but the other allegations were flatly denied by the player and his lawyers. Ronaldo’s lawyers said that it was all down to a misunderstanding over what was and was not required under Spanish law, and denied any deliberate attempt to evade tax.

In recent news, Xabi Alonso, Ronaldo’s former teammate from Real Madrid, also appeared in court on Tuesday in connection with similar tax fraud allegations which amounted to €2 million. Alonso was appearing in court for the first time and could potentially face a jail term of upto five years. Unlike Ronaldo, he has not made any kind of deals with the court and has maintained his innocence throughout.

Many celebrity footballers and sportspersons have faced similar allegations framed against them by the authorities. Barcelona’s Lionel Messi avoided a jail sentence in a tax fraud case against him involving image rights. He paid several million in a “corrective payment” in back taxes and fines

Neymar da Silva Santos Junior was also at the centre of a scandal recently when his former Club, Barcelona, was charged with millions for tax fraud over Neymar’s signing – but maintained that he wasn’t guilty. Real Madrid’s Marcelo Vieira admitted a tax fraud and accepted a 4-month jail sentence over his use of foreign firms to handle almost half a million euros in earnings.

Keep reading GutshotMagazine.com for more sports industry news like these as well as for general gaming news from around the world.