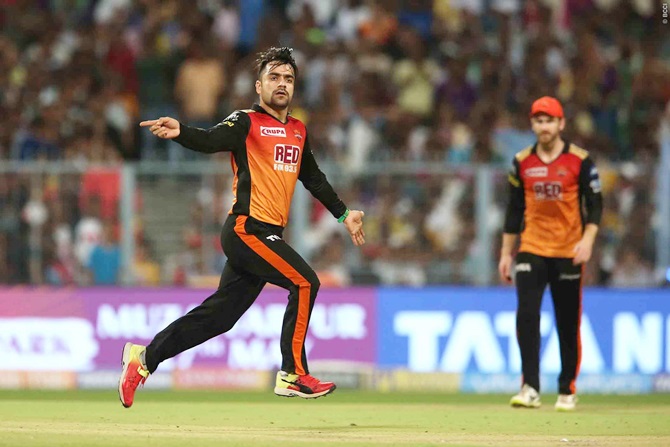 It’s Hyderabad vs Chennai in the IPL 2018 Final

Last night wouldn’t have been a very enjoyable one for Kolkata Knight Riders fans across the country. It was Qualifier 2, a virtual semi-final game and most sports fans would’ve expected a Kolkata win, bearing in mind that they had a streak of 4 wins coming into this game, while Sunrisers Hyderabad came into it with 4 consecutive losses.

They were put in to bat by Kolkata, putting up a slow and steady 50-run opening stand. They then lost their main batsmen Shikhar Dhawan and Kane Williamson in the same over, followed by a couple of scratchy innings from Shakib al Hasan and Hooda, with SRH eventually looking at a below par score of around 150.

It was then up to the Kolkata batsmen to provide their team with a good start and that’s exactly what they did, putting up an opening stand of 40 in just 20 balls before Narine was dismissed for 26(13). He had done his job and all the KKR batsmen had to do was keep the scoreboard ticking.

Along with the runs column ticking, the wickets column was also ticking with Rana heading back to the hut due to a brilliant run out followed by Uthappa playing a needless reverse sweep against Rashid, thus losing his leg pole. The wickets kept tumbling and it was curtains for KKR when Rashid got the big wicket of Andre Russell for just 3(7).

The 19-year old changed the game with the ball as well, finishing with 3/19 and giving Carlos Brathwaite 19 to defend from the last over. He conceded a boundary off the first ball but not a single run was scored in the next five balls, including two wickets as SRH won by 14 runs and they qualify to play in the mega IPL 2018 final against Chennai Super Kings. Man of the Match: Rashid Khan.